Ali Rami Makhlouf, the son of a crony and cousin of the Syrian President, appeared while driving a luxury car alongside an Israeli model in Los Angeles, according to al-Hal. 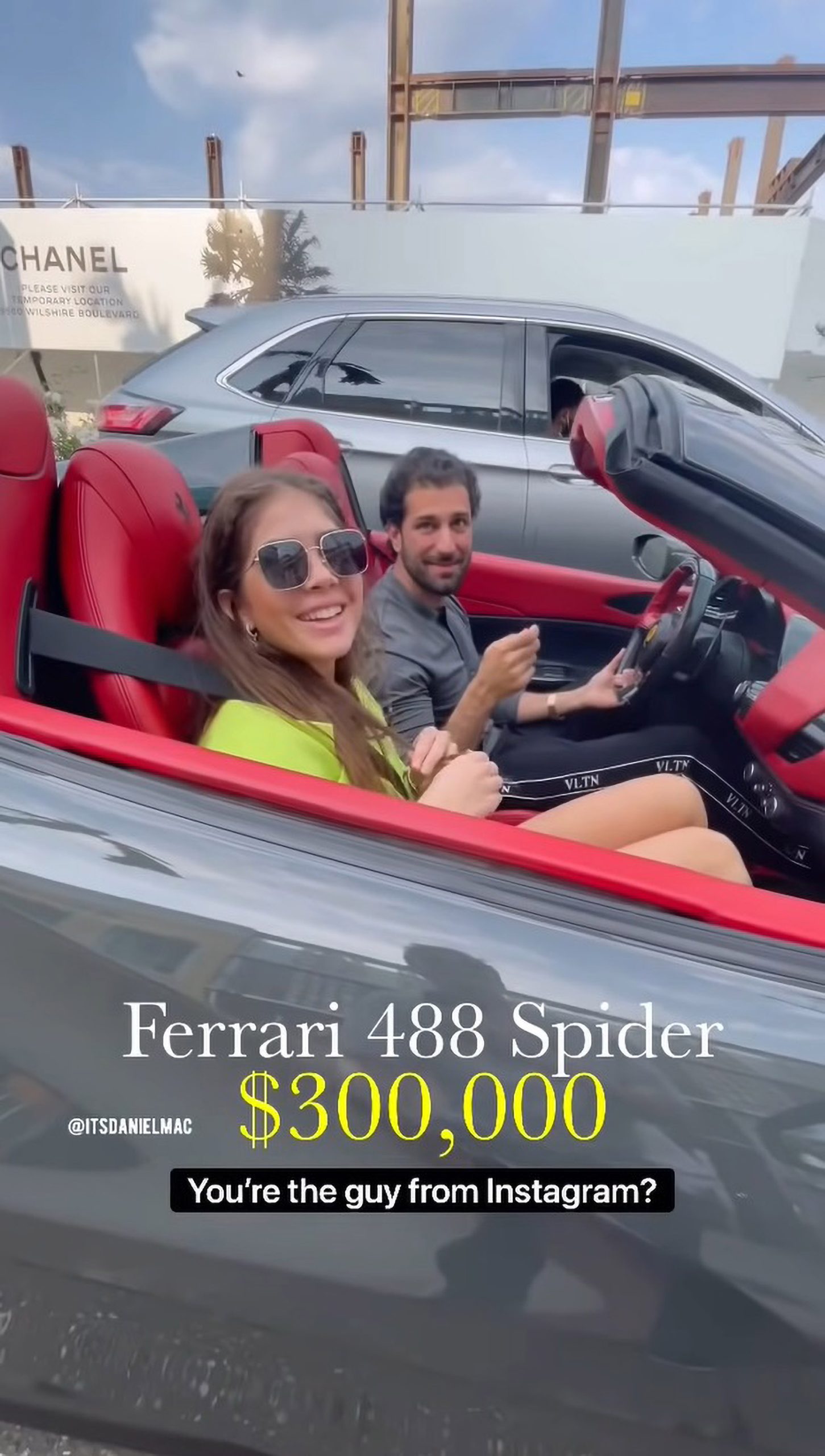 Ali Rami Makhlouf, the son of a businessman and cousin of Syrian President Bashar al-Assad, appeared while driving a Ferrari 488 Spider on a street in Los Angeles.

Rami Makhlouf’s son was shown after being questioned by the content creator,  Daniel Mac. Mac reviews palaces, boats, and luxury cars asking about their prices, after which he asks their owners “What do you do for a living?”.

In the circulated video, next to Rami Makhlouf’s son, appeared the 21-years old Israeli model and actress, Michal Idan.

Her Instagram account shows her residence in Los Angeles, Western California, where the video showing Ali Makhlouf driving the luxury car alongside Idan was filmed.

Comments on the video posted on social media denounced the son of Rami Makhlouf driving a luxury car in the United States. They noted that the car was rented or owned with money “stolen” by his father from the Syrian people.

Rami Makhlouf’s children occasionally post images of luxury cars or events they participate in on their social media accounts, which sparks controversy among Syrians. On the other hand, UN statistics state that more than 13 million Syrians need urgent assistance across Syria.

Journalist Asaad Hanna tweeted, “ Ali Makhlouf was spotted in Los Angeles to be asked what he does for a living, he didn’t know what to say while he’s driving a $300K Ferrari with the Israeli model Michal Idan.”

“Ali doesn’t do anything,” Hanna added. “His father and his family took the money of the Syrian people, and still looting.”