Turkey, which is seeking to fight the Kurdish-majority SDF, has strengthened its military presence in Idleb, despite U.S. criticism, according to Asharq al-Awsat. 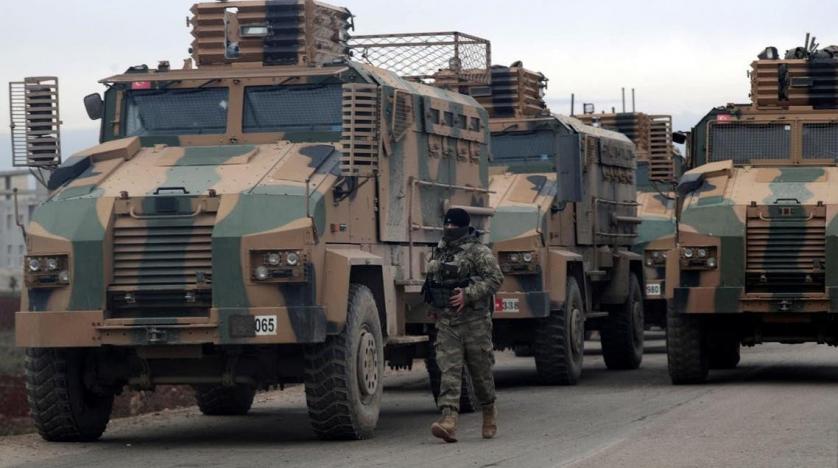 Turkey has established its second military observation point in less than a week in the Afes town, near Saraqib city and the M4 highway, in eastern Idleb in northwestern Syria.

This step was taken following Russia’s request that Turkey evacuates its observation points in the area, in line with the arrival of regime military convoys to Saraqib.

As a result, the Turkish army deployed its forces and reinforced them with tanks and armored vehicles on the entire fighting lines surrounding Saraqib, Jabal al-Zawiya, and the western countryside of Aleppo. It also raised the readiness level of its soldiers in the de-escalation zones in northwestern Syria.

Meanwhile, Ankara slammed U.S. policy in Syria and urged the United States to correct its mistakes after President Joe Biden renewed the American national emergency powers in dealing with Syria, as well as the sanctions imposed on Turkey. Ankara was sanctioned for targeting the Kurdish People’s Protection Units (YPG) in northern Syria through its Operation Peace Spring in October 2019.

Turkey views the YPG, the largest component of the U.S.-backed Kurdish-majority Syrian Democratic Forces (SDF), as a branch of the Kurdistan Workers’ Party (PKK), which it also deems as a terrorist.

“Instead of blaming Turkey, the US should abandon its own wrong policies, and should be more honest with the American people and its Congress,” Foreign Minister Mevlut Cavusoglu said.

He said Biden’s recent decision comes in light of the U.S. cooperation with the YPG, which is illegal according to US law.

“We know very well that the purpose of being here (in Syria) is not to fight ISIS,” he stressed.

“We have fought against ISIS. The only army that is fighting against it is our army in NATO and the world.”

Last week, Biden accused Turkey of carrying out a military offensive into northeast Syria, undermining the campaign to defeat ISIS, endangering civilians, and further threatening to undermine peace, security, and stability in the region.

Ankara continues to pose an unusual and extraordinary threat to the national security and foreign policy of the United States, he stressed.