Locals in Azaz, Aleppo's countryside, are resorting to motorbike taxis, as regular means of transport became too onerous, according to Enab Baladi. 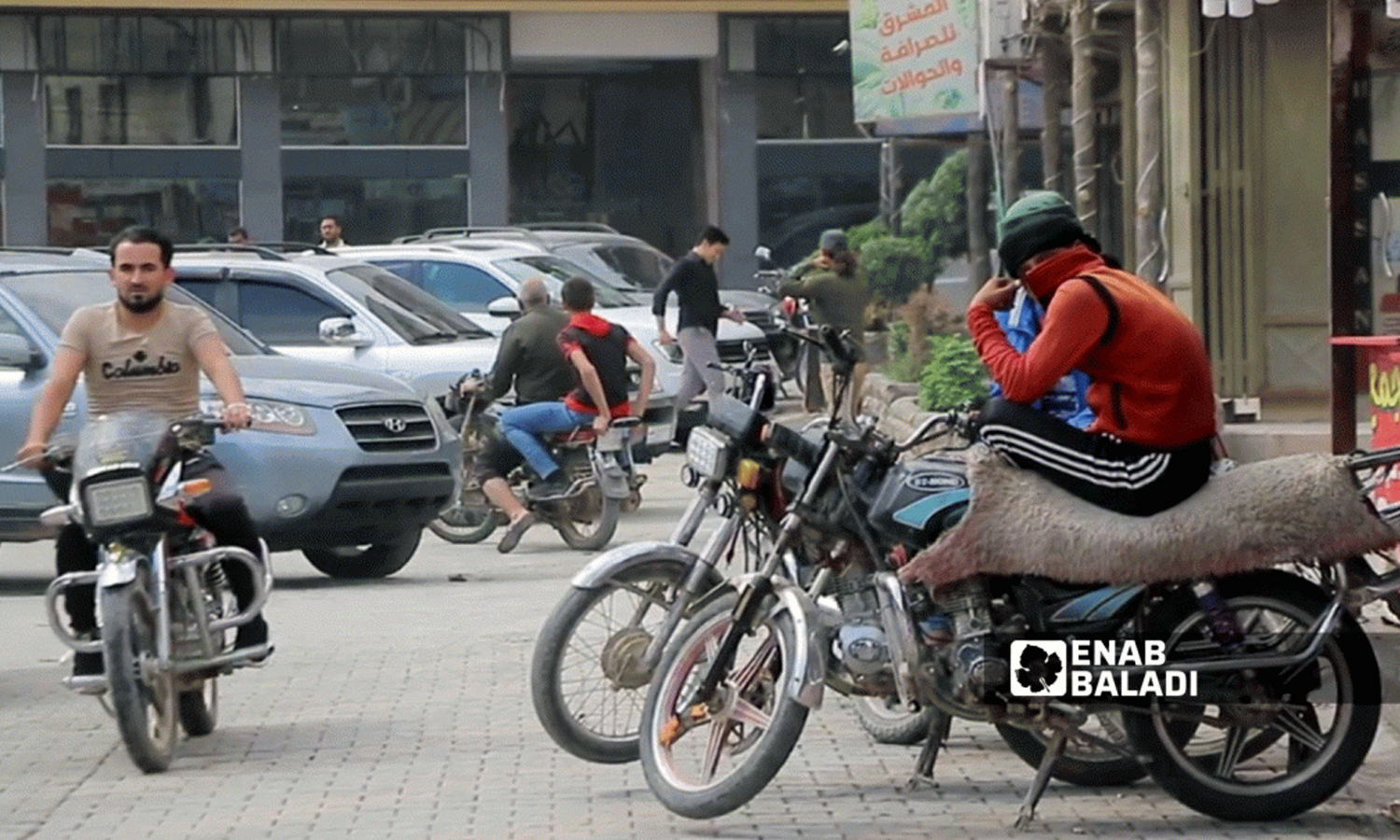 Saeed, a thirty-one-year-old construction worker, told Enab Baladi that motorbikes are easier to ride inside the city’s streets and faster than cars, especially after the Azaz local council transformed the city’s main streets into one-way roads, preventing reverse entry with the help of one-way spike barriers.

Those who need a ride in the Aleppo countryside cannot take taxis because of financial constraints amid high fuel prices and poor living conditions.

Abdullah Farid, 24, a motorbike taxi owner in Azaz, told Enab Baladi that people are becoming increasingly dependent on motorcycles as a convenient means of transportation. They are either using their private motorbikes or motorcycle taxis for being an economic solution for low-income people.

The motorbike taxi service is currently only available in Azaz city out of all of Aleppo’s rural areas.

Every day, Farid stands at the usual motorcycle gathering spot near Azaz’s Maytam Mosque for hours, waiting for customers in exchange for a maximum fare of ten Turkish liras (1.13 USD) for the longest city ride.

Farid described his work on a motorcycle taxi as “a grace from God, given the poor economic conditions in the northern Syrian regions.”

Motorcycle taxi drivers give rides to customers to cities and towns neighboring Azaz, with the most rides being to Mare’ city.

The rise in fuel prices is attributed to the SNA’s closure of some internal crossings with the Syrian Democratic Forces (SDF)’s areas and the prohibition of fuel entry or any commercial goods.