The Al-Qaterji militia has resumed the transport of oil from areas controlled by the SDF to Assad regime areas, according to the Syrian News Agency. 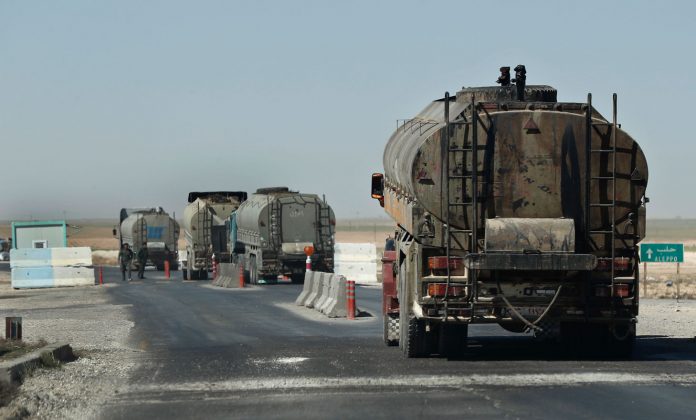 Local sources revealed that a convoy of 180 Al-Qaterji militia tankers entered the SDF-controlled areas in northeastern Syria on Monday evening. The convoy intended to transport oil to areas controlled by the Assad regime.

According to the sources, the convoy entered from the Al-Hawra and Al-Tabqa crossings and headed for the militia-controlled Rmelan and Al-Shaddadi fields in Hasaka. They intended to collect fuel and transport it to areas under the Assad regime’s control.

The sources confirmed that the convoy is the first of its kind in more than a month. Before that, international coalition pressure had disrupted oil trade between the militia and the Assad regime.

Russia intervened between SDF and the Assad regime to restore relations and allow the Al-Qaterji militia to return to supplying oil to the Assad regime. Sources did not, however, disclose the terms of the Russia-brokered agreement.