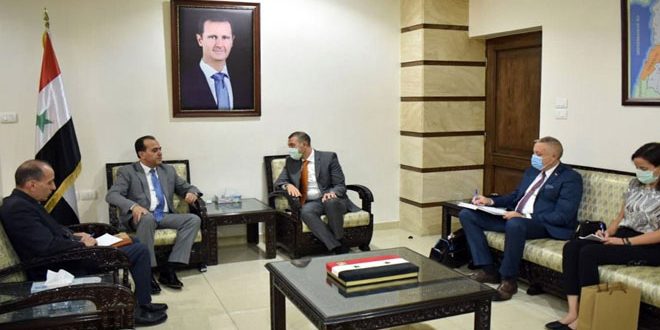 The possibility of the contribution of Serbian companies to the investment of oil shale to generate electricity was on the table during a meeting between Minister of Petroleum and Mineral Resources Bassam Tomeh and Radovan Stojanovic, Ambassador of the Republic of Serbia to Syria.

Syria hopes to profit from Serbia’s expertise, as Serbian production of electricity depends on coal, which is similar to oil shale in the way it is used to produce electricity.

Talks during the meeting also tackled means to enhance cooperation in the domains of oil, gas, and mineral resources, particularly phosphate as Serbia is an advanced country in manufacturing phosphate fertilizers.

The two sides agreed on exchanging visits and expertise between the technical delegations in the two countries in a way that would enhance bilateral relations between Syria and Serbia.