A joint delegation of opposition figures met with EU diplomats to discuss the need to ensure a just political transition in Syria, according to the SOC Media Office. 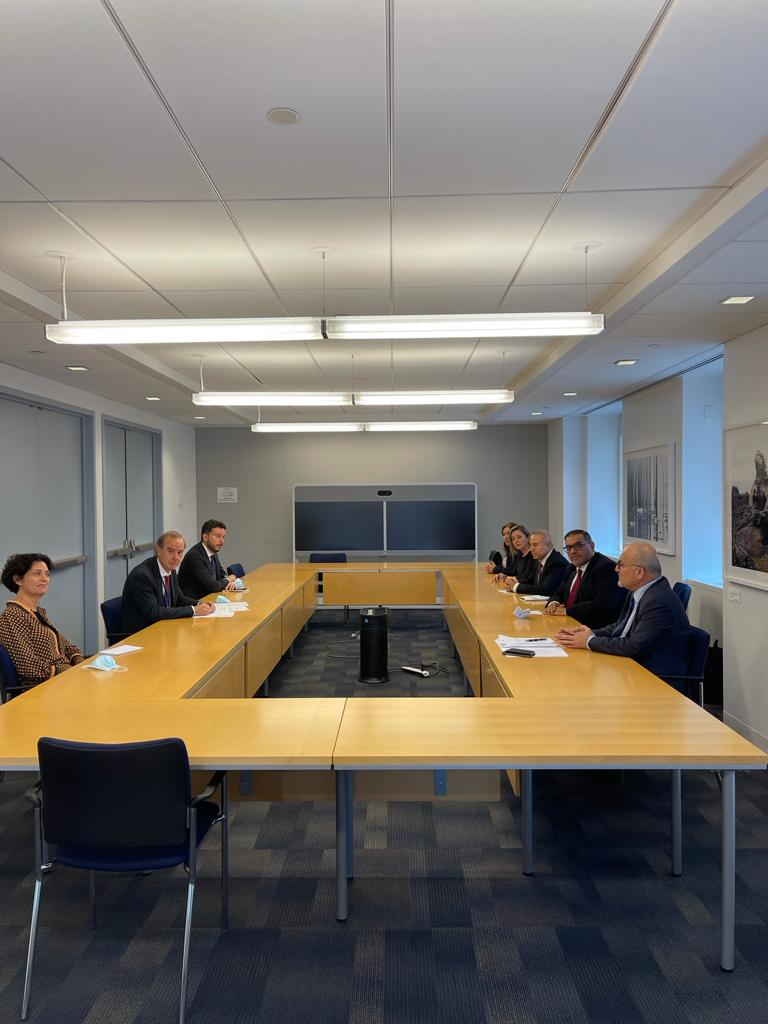 The joint delegation of the Syrian Opposition Coalition (SOC) and the Syrian Negotiations Commission (SNC) to the United States met the EU mission to the United Nations, led by Deputy Secretary-General for Political Affairs at the European Union Enrique Mora.

The delegation stressed the important role of the European Union in Syria at the political and humanitarian levels, stressing that it is unacceptable to start funding reconstruction and lift sanctions before implementing UN Resolution 2254 and achieving a full political transition in the country.

The delegation stressed that Syrian refugees cannot be returned to the country before reaching a political solution that leads to a comprehensive political transition in line with UN resolutions and that meets the aspirations of the Syrian people. They stressed that forcible return will put refugees’ lives at serious risk.

For his part, Mora spoke about the EU’s policy and its support for international and regional efforts aimed at achieving a political solution in Syria.

Mora pointed out that the EU looks positively at the U.S.-Russian negotiations and pins hopes on them for making progress in the political process.

The delegation met also with the Deputy Secretary-General for Foreign Affairs at the Danish mission Christina Markus Lassen.

The joint delegation warned of the danger of the steps recently taken by some countries to normalize ties with the Assad regime. They stressed that allowing the rehabilitation of the Assad regime is an immoral act and that everyone who accepts it is a partner in the regime’s crimes. They called for international cooperation to support accountability for the regime and its symbols and to take serious action to achieve a political transition in Syria.

For her part, Lassen stressed that the Syrian crisis can only be resolved by implementing UN resolutions, especially UN resolution 2254 and the parties’ engagement in a real political process. She expressed her hope that an agreement will be reached on holding a new session of the Constitutional Committee.

The joint delegation also met with the First Secretary of the Norwegian Mission to the United Nations Nini Pharo Halle.

The SOC and SNC’s joint delegation expressed their appreciation for the efforts that Norway made to issue UN Resolution 2585 on the cross-border entry of humanitarian aid. They made it clear that such a resolution, while of great importance, cannot alone solve the issue of the Syrian people. They stressed that political solution remains the only solution that can end all the crises that the Syrian people are suffering from.