Foreign and Expatriates Minister Faisal Mekdad, has reiterated the need to lift the unilateral coercive measures imposed by the United States and its Western allies on Syria, according to SANA. 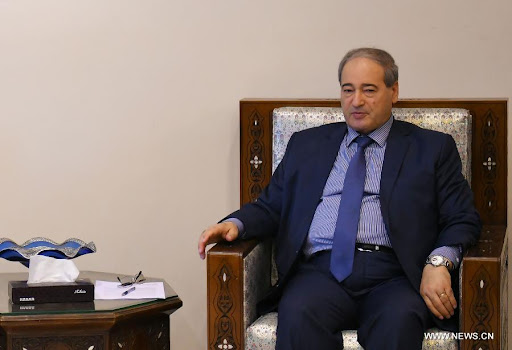 Foreign and Expatriates Minister, Dr. Faisal Mekdad, has reiterated the need to lift the unilateral coercive measures imposed by the United States and its Western allies on Syria, stressing at the same time the necessity to increase aid provided to the Syrian people.

In response to a question by the Russian Sputnik News Agency about whether other countries should increase the volume of aid to Syria, Mekdad replied, “Of course yes… the sanctions imposed by the United States, as well as unilateral coercive measures, are stifling the Syrian people.”

Turkey should withdraw immediately and the international community should support Syria’s efforts to liberate the occupied lands north of the country, Mekdad said.

The Foreign and Expatriates Minister added that he intends to meet his Russian counterpart, Sergey Lavrov, on the sidelines of the United Nations General Assembly to discuss bilateral relations and the situation in the Middle East.

Mekdad also indicated that he intends to meet the Secretary-General of the United Nations, Antonio Guterres, on the sidelines of the General Assembly, to assure him of “Syria’s desire to build better relations with the international organization.”