After the settlement agreement, the 4th Division and Iranian militias began withdrawing from Daraa al-Balad with their heavy equipment, according to Baladi News. 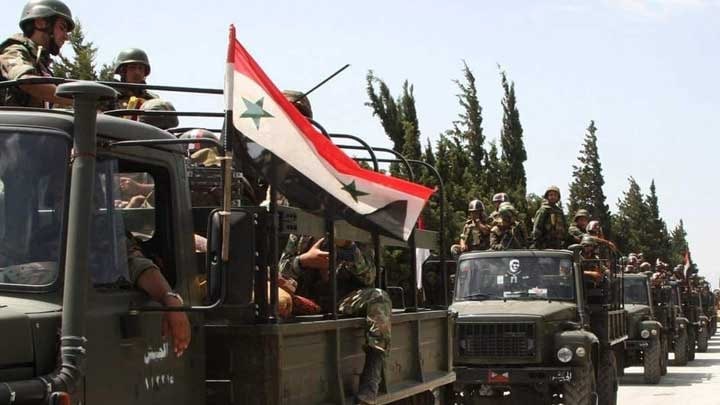 On Thursday morning (September 9th), the 4th Division and Iranian militias began withdrawing from positions in the vicinity of Daraa al-Balad with their heavy equipment.

According to the Ahrar Horan Group, the 4th Division and Iranian militias withdrew towards the Dahiya neighborhood at the entrance to the western city of Daraa.

The group monitored the confiscation of houses and farms by militias that had been taking up military headquarters since the start of the military operation on the neighborhoods of Daraa.

Read Also: More Gunmen in Daraa Surrender and Hand Over their Weapons

Yesterday, regime forces opened the Saraya checkpoint between Daraa al-Balad and the city center, in accordance with the recent agreement between regime forces and the Daraa Central Committee.

Last Sunday, the Daraa Central Committee agreed to return to the implementation of the agreement to install military checkpoints inside the neighborhoods, hand over weapons, settle the situation of local fighters, and exile those who reject the agreement.