Lebanese lawyer Mohammed Sablouh confirmed that work is being carried out as soon as possible to prevent the Lebanese authorities from deporting six Syrian refugees, according to SY-24. 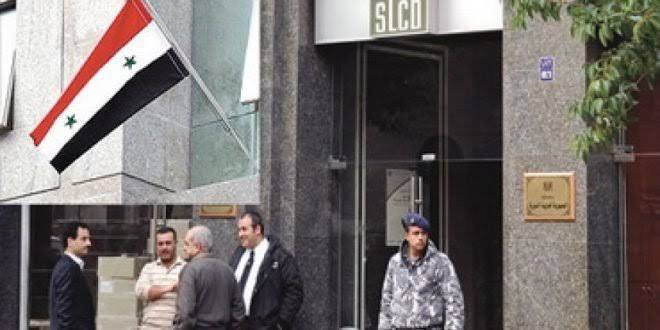 Lebanese lawyer Mohammed Sablouh confirmed that work is being carried out as soon as possible to prevent the Lebanese authorities from deporting six Syrian refugees to the regime-controlled areas. He added that these efforts are taking place in tandem with international bodies and indicated that these developments threaten to set a dangerous precedent for the flagrant violation of human rights in Lebanon.

For SY-24, Sablouh explained the events that led up to the arrest of Syrian refugees, including quotes from the refugees. He indicated that, several days ago, the Syrian regime’s embassy had contacted six people and asked them to come and collect their passports.

Sablouh said that 50 meters before the refugees arrived at the embassy, they were arrested and blindfolded by unknown persons. The refugees were then taken to an unknown destination and interrogated by people speaking in the Syrian dialect.

Sablouh noted that, as the news reached the media, the refugees were handed over to the Lebanese Army, which in turn transferred them to the Lebanese general security forces.

Sablouh went on to say that he had filed a complaint with the Public Prosecutor’s Office for the refugees’ arbitrary arrest, on the basis that the arrest violated the law, as well as creating fears of deportation.

Sablouh said that Lebanese general security had contacted him last Thursday and threatened either to deport Syrian refugees to the Syrian regime or to bring their passports for deportation to a second country.

The Lebanese lawyer pointed out that he was quick to submit a detailed statement to the European embassies to intervene and pressure the Lebanese authorities to prevent the Syrians’ deportation. He stressed his intention to file a complaint against Lebanon arising from this incident before the UN Human Rights Council.

Sablouh stressed that he is trying hard to file a report with the competent judicial authorities “to stop this dangerous decision,” adding that he is “trying to delay the Lebanese decision’s implementation and recover the passports of the six Syrian refugees by any means.”

“This is a dangerous and unacceptable precedent and a flagrant violation of human rights,” Sablouh said, while expressing surprise that the refugees had not been brought before a court for trial and consideration.