On Tuesday, a Russian warplane launched several airstrikes on the Afrin, for the first time since it fell under the control of the National Army, according to al-Souria Net. 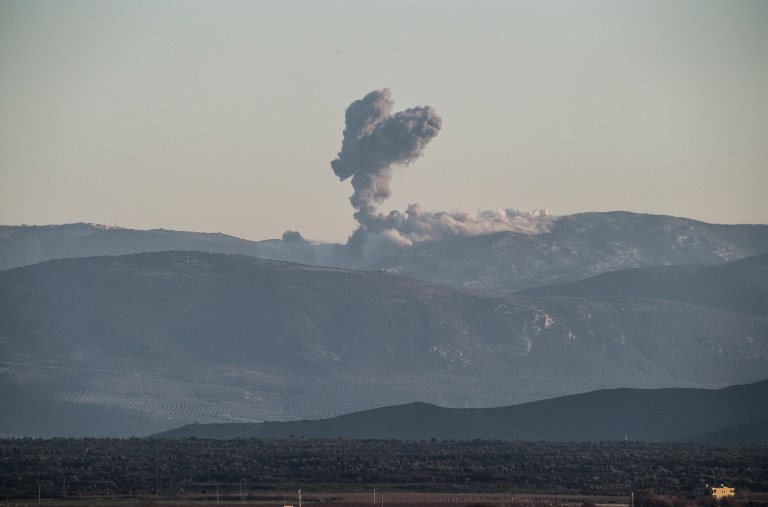 On Tuesday, a Russian warplane launched several airstrikes on the Afrin area, northwest Aleppo. This bombing is the first of its kind.

A source told al-Souria Net that the Russian raids targeted the village of Iskan, located near the town of al-Ghazawiya in the countryside of the city of Afrin. Iskan is under the control of the Syrian National Army.

The source pointed out that the shelling targeted an empty special forces camp in the al-Sham Legion faction, which is one of the formations of the National Liberation Front. The shelling did not result in any damage or casualties.

Local activists circulated a video showing the destruction and damage caused by the airstrikes on the site.

The Russian airstrikes are the first of their kind since the Turkish-backed National Army entered the Afrin region in what is known as Operation Olive Branch in March 2018.

At the time of writing, neither Russia nor Turkey had issued a statement regarding the airstrikes which targeted Turkey’s areas of influence.

On Monday, a missile attack, likely originating from the Syrian Democratic Forces (SDF), targeted the city of Afrin which resulted in the injury of several civilians.

According to the National Army, Afrin continues to witness frequent artillery and missile shelling, originating from the SDF areas.

The attacks left dozens of residents dead. Accusations were made linking cells affiliated with the People’s Protection Units to these attacks.