Due to their mutual interests, Israel does not see what I should worry about a change in the position of Russia about its strikes in Syria, according got Athr Press. 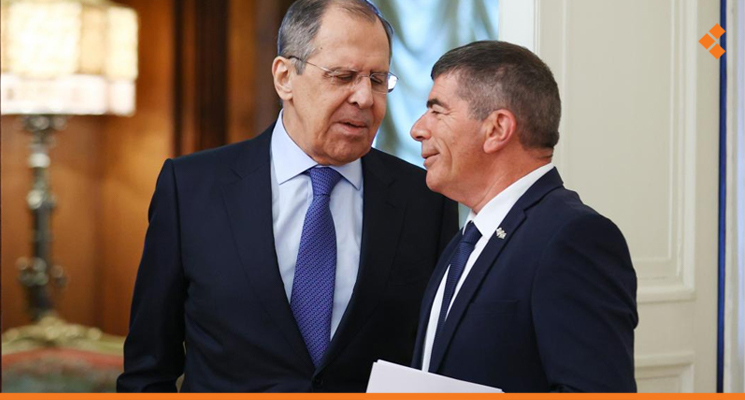 After media reports confirmed that Russian policy has changed due to Israeli attacks on Syria, Israel Ziv, the former head of operations at the Israeli army, stressed that there is no need for concern. Ziv added that caution remains necessary, yet stressed that Russia and Israel have mutual interests in Syria.

“These reports are not a cause for concern,” Ziv said in an interview with the Israeli newspaper Yedioth Aharonoth. Ziv added that “we must pay attention, because the Russians may be unhappy with the current situation that has arisen, concerning the Israeli attacks on Syria.”

“Reports of Russian opposition to Israeli air force activity in Syria may concerning, so we must pay attention to it. This is because, first and foremost, Russian policy in Syria is that they want to pull the strings,” Ziv said.

“The Israeli attacks in Syria serve the Russian interest, no matter whether they agree or disagree with Israel’s objectives. Russia pursues its self-interest and, in this instance, Israel’s actions inside Syria have served their interest. At the same time, Russia does not want to appear as if it is serving the Israeli interest,” Ziv said.

“The Russians have reached special agreements on Israeli airstrikes with the Americans, so the issue of Israeli incursions is very important. The attacks could well undermine the Russians’ leadership there, so there is a fine line that Israel must tread carefully. It is true that the situation today may not be different from what was done in the past, but the issue of the strikes that the Russians allow and do not allow inside Syria is subject to radar monitoring,” Ziv said.

Ziv, the former head of operations of the Israeli army, noted that there is no difference from before with regard to the movement of the Israeli air force in Syrian airspace, pointing out the constant mutual interests between Russia and Israel. Ziv said: “I do not want to go into details because it is very sensitive. However, I do not see a sudden difference from what existed in previous weeks, as far as I know. This may indicate that we are not seeing a change. I think that the Russians are following the same policy over time inside Syria, and they explain it to us. But we, in Israel, must understand that an equation exists with quite a few variables, which we must identify.”