A meeting was held between a prominent Russian general and the command of the 8th brigade in Daraa, according to SY-24. 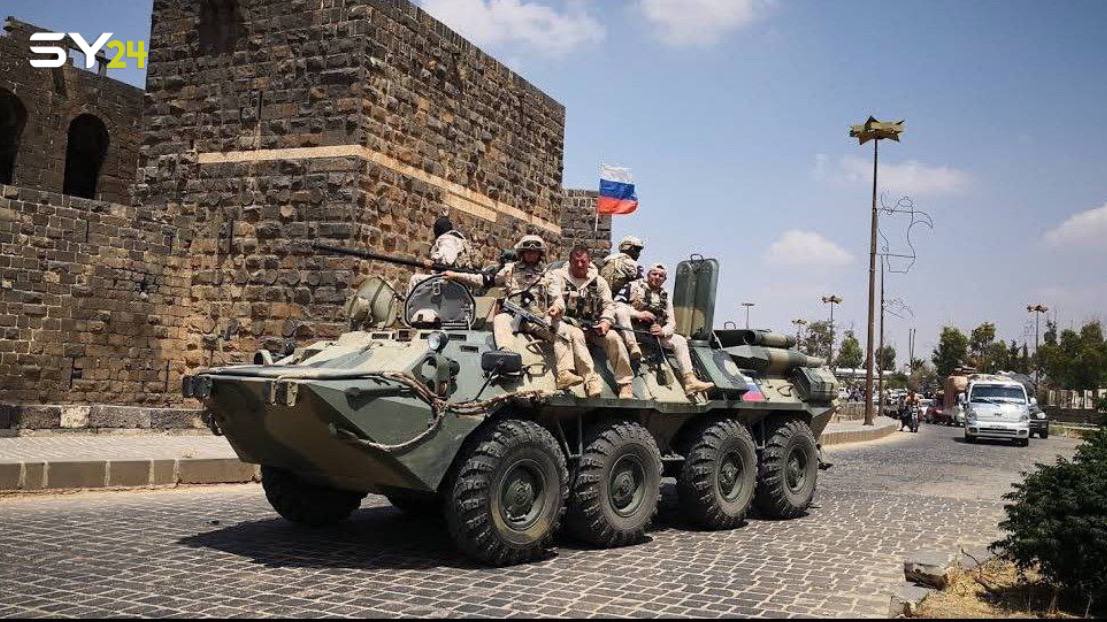 Anonymous sources have revealed the details of the meeting held a few days ago between the command of the 8th Brigade and a Russian general, who is considered to be one of the most prominent Russian officials in Syria. The meeting took place in the city of Bosra al-Sham in rural Daraa.

“Russian General Alexander Zorin visited the city of Bosra al-Sham in Daraa and held a meeting with the 8th Brigade Command. Several issues were discussed during that meeting: the general situation in southern Syria, the restoration of peace in the region, and the establishment of a mechanism to improve relations between the Russians and the 8th Brigade,” the sources told SY-24.

“The Russian general promised to resolve several issues in the south and to meet all requests of the 8th Brigade. The most prominent requests are the increase in the number of fighters and the return of financial allocations to their previous levels. These allocations have been suspended for three months: recently, fighters have received 100 USD instead of 200 USD,” the sources added.

“The Russian official arrived in the city of Bosra al-Sham from Moscow, and probably left Syria the same day; he did not meet with any Syrian regime officials,” the sources said.

General Zorin is one of the most prominent Russian officials in Syria and enjoys broad powers. In 2018, he was also in charge of the issue of settlement and negotiations in southern Syria.

Russia established the 8th Brigade, which is led by Ahmed al-Awda, the former commander of the Youth of Sunna Forces. The 8th Brigade previously formed part of the Free Syrian Army. This development coincided with the conclusion of the settlement agreement, which facilitated the regime and Russia’s control over southern Syria, in July 2018.

Despite the relationship between Russia and the 8th Brigade, dozens of dissident officers and former members of opposition factions have joined the ranks of the 8th Brigade over the past three years. This enlistment prevents regime security services from arresting them.