Leaks reveal that the UK government transferred hundreds of millions of pounds to terrorist groups in Syria, which it labeled as moderate armed groups, SANA writes. 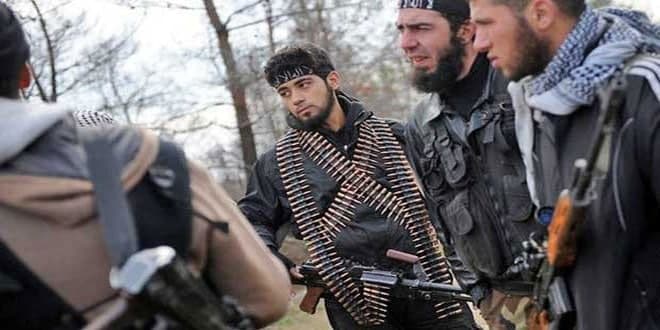 The UK government has spent 350 million British pounds, or around 477 million dollars during the past five years, to support and fund terrorist groups labeled by London as “moderate armed opposition” in Syria. This comes despite the plethora of documents, field facts, and crimes that they are in fact terrorist organizations.

Declassified reports published by the Daily Maverick website revealed that the British government used a controversial body called the Whitehall Conflict-Stability and Security Fund (CSSF)- to fund dozens of projects supporting terrorist organizations and promoting them in the media outlets, and to give them a false cover under the title of so-called “moderation.”

Britain has funded 13 projects since 2015 to support terrorists in Syria, with at least 162 million pounds from the British aid budget supposedly “to defeat poverty, tackle instability and create prosperity in developing countries.” However, these facts clearly show that the money supports terrorism in Syria.

The report documents that the UK began its funding and support to terrorist groups in Syria since 2011, under various pretexts.

There are other secret projects and operations run by the British Foreign Office. One was worth 28.2 million pounds during 2016-2017 and was channeled to support terrorists, including the Jabhat al-Nusra organization, present on the lists of international terrorism.

The report indicated that one of the projects that support the structures of terrorist organizations, which it describes as moderate opposition, is worth 27.5 million pounds, intending to strengthen these organizations.

The report also revealed another British project supporting terrorists under the name of ‘Community policing” which was put under the control of terrorist organizations in areas where they are positioned, especially in Idleb, where the British support came via a program known as Access to Justice and Community Support (AJACS),) run by the private consultancy firm Adam Smith International, a major UK aid contractor, as the British funding continued in the project until 2018.