The Syrian regime is planning to abolish the Baath's youth organization, in an attempt to portray a positive image, according to Sowt al-Asima. 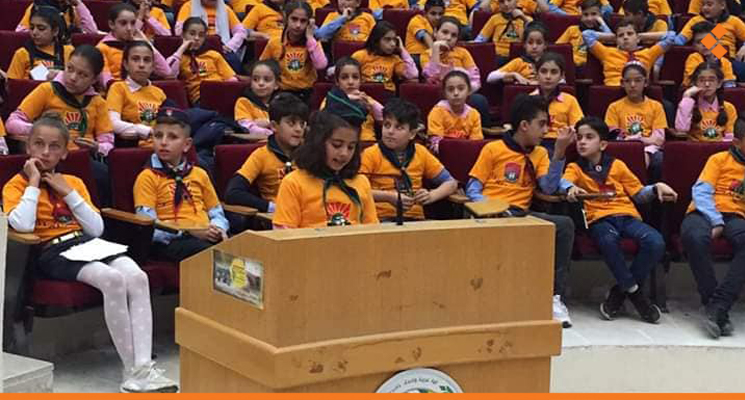 Local media reported on a draft resolution abolishing the Baath Vanguard and the Revolutionary Youth Union organizations. The reports said that the draft resolution should receive approval at any moment, indicating that the resolution responds to political changes reducing the ruling Baath party’s dominance under the latest constitutional amendment.

The draft resolution also abolishes the country’s general sports federation and establishes a ministry for youth and sports in the next Syrian government, without any partisan biases, according to the pro-government Snack Syrian website.

“The resolution’s draft and details are ready, and only await approval which is expected to be issued at any moment as an announcement of the beginning of a new phase,” the website added, quoting an unnamed official source.

The Revolutionary Youth Union and the Baath Vanguard were founded in the 1970s after the former head of the regime, Hafez al-Assad, took control of power through a Baathist military coup. Assad introduced a constitution, which through its 8th Article, grants the Baath Party dominance over the Syrian state and society.

The source explained that the draft resolution has been prepared “ in response to demands for positive political reforms in line with the 2012  Constitution”, which repealed Article 8.

The regime repealed Article 8 of the constitution under pressure from the Syrian revolution. Protesters had demanded the overthrow of Baathist rule, which has been in place for more than 50 years. The Syrian opposition argues that this control has shifted from a political party to hereditary rule.