Francesca Scalinci, an Italian activist and poet, has shown solidarity with the besieged Daraa al-Balad, according to SY-24. 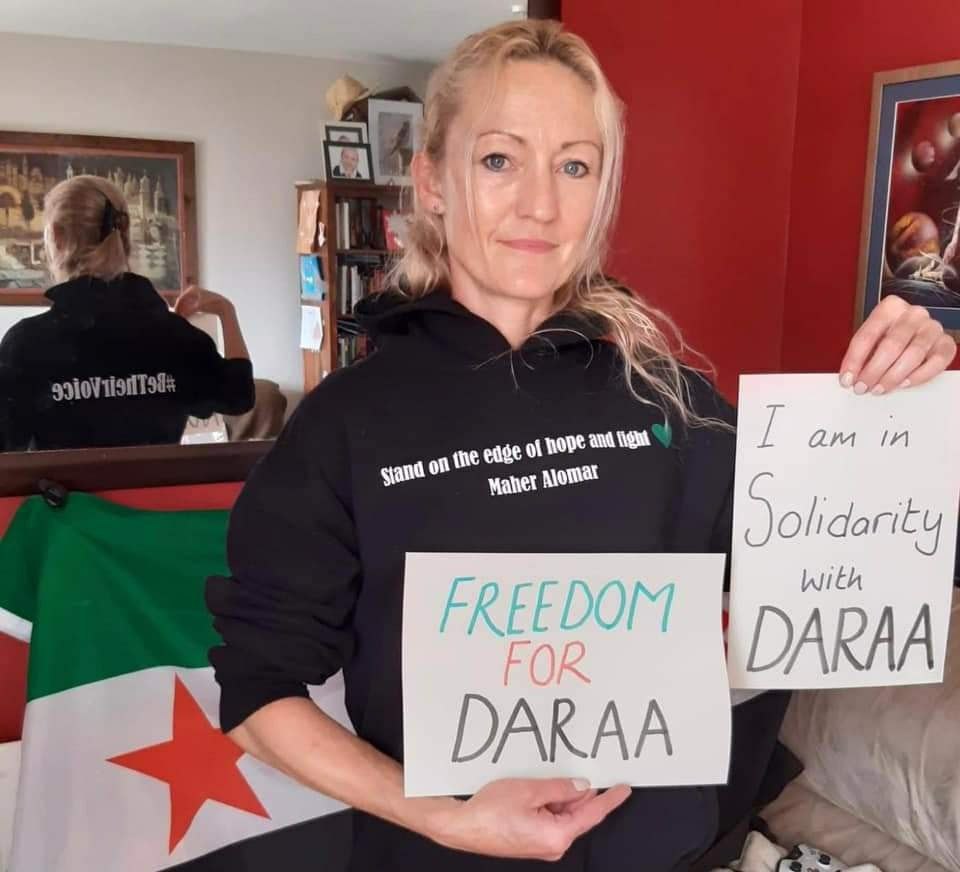 Italian activist and poet Francesca Scalinci, along with several female European activists, expressed solidarity with Daraa al-Balad. Scalinci denounced the siege imposed by Syrian regime forces on the region, that started over a week ago.

SY-24 has monitored European activists carrying banners saying “Freedom for Daraa” in Arabic and English. Scalinci changed her Facebook profile picture to one where she holds a pro-Daraa sign, with the caption “My heart is with all those who seek freedom.”

“For over a week, Daraa has been under siege by Syrian regime forces, the Hezbollah militia, and Russia,” Scalinci said.

“Over 11,000 families are under siege and at risk of starvation because they refused to take part in the presidential elections,” she said.

“The Assad regime has besieged them, preventing them from using the internet and electricity, to silence their voices and threaten them with military attacks,” she said.

“Daraa is the cradle of the Syrian revolution, the source of a spark that began leading other cities to demand freedom and justice,” Scalinci said. She concluded with the words: “Freedom for Daraa. Freedom for Syria.”

Since the siege in Daraa al-Balad, the Italian activist has been sharing photos and publications related to Daraa. Scalinci has aimed to draw the whole world’s attention to the issue and agitate for lifting the Daraa siege.

Regime forces continue to impose their siege on Daraa al-Balad by closing roads leading to the region, while also preventing residents from entering Daraa city center.