The Syrian president welcomed the Iranian envoy, with whom he exchanged congratulations about their respective presidential elections, according to SANA. 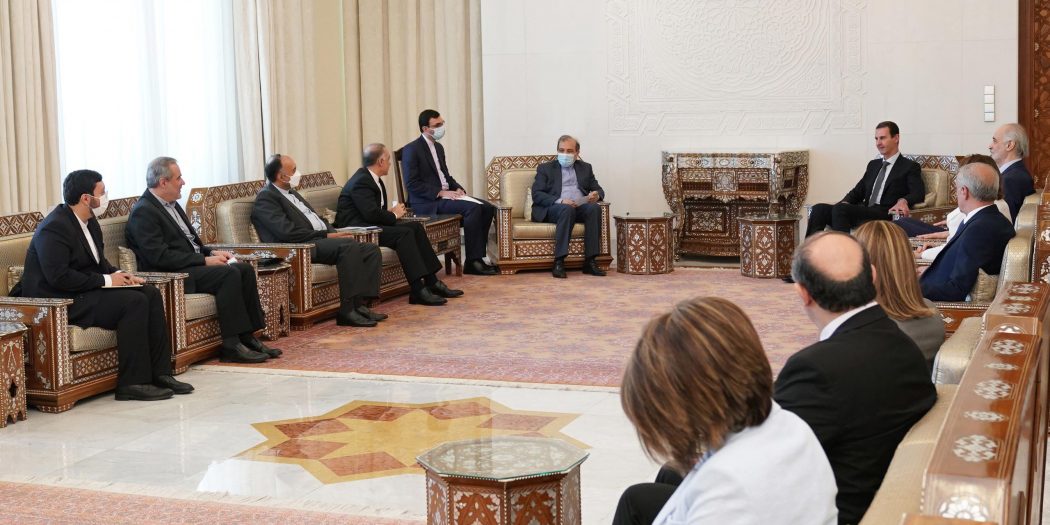 Talks during the meeting dealt with the strategic relations between Syria and Iran and the important role played by joint committees to enhance bilateral cooperation in all domains, particularly in the economic one in the interest of the two countries and peoples.

Talks also dealt with the situation in the region and several issues of political concern, particularly the agenda of the upcoming Astana meetings, with both sides stressing the necessity of continuing the political efforts being exerted in this track to achieve positive results in the interest of Syria and its people. The importance of protecting the Committee discussing the new constitution from any external intervention was also discussed.

President Assad congratulated the Islamic Republic of Iran, both its leadership and people, on the success of the presidential elections, considering that it dealt a new blow to all those who are trying to target the security and safety of Iran.

Khaji, for his part, affirmed that the wide popular participation in the presidential election in Syria is a clear demonstration of the strong will of its people, reiterating his country’s keenness on playing an active role in the reconstruction process in Syria and contributing to supporting its economy in different sectors in a way that eases the burdens of the unjust Western blockade on the Syrian people.