Dozens of warehouses belonging to well-known traders were raided by the regime, which accused them of smuggling goods inside the country and destabilizing the currency, according to Enab Baladi. 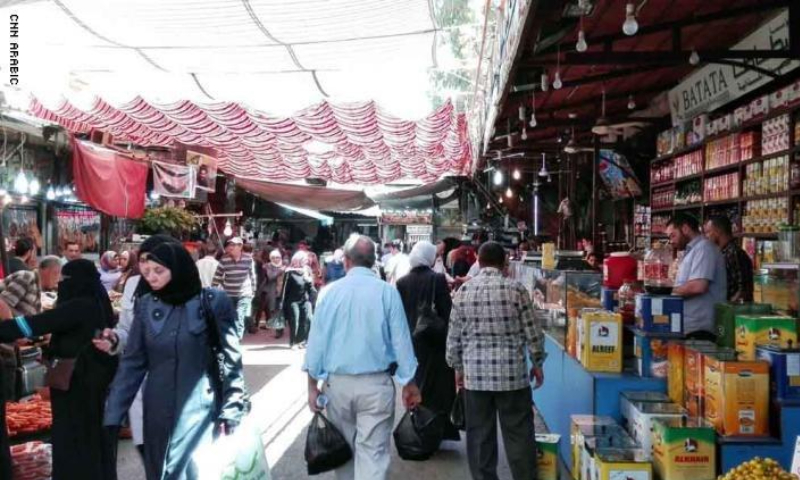 Syrian media outlets close to the Syrian regime reported that dozens of warehouses belonging to well-known traders were raided. Smuggled goods worth 60 billion Syrian pounds were seized under the direction of the Presidency of the Republic.

On Sunday, al-Watan newspaper reported that the raid involved businessmen who believed they were beyond any accountability and fined them more than 242 billion Syrian pounds.

The newspaper added that to prevent any mediation or interference, strict directives were issued by the Presidency of the Republic to control contraband, impose the rule of law, prosecute and collect financial fines for the benefit of the Treasury.

The campaign included 40 large warehouses distributed between the cities of al-Maared, Jaramana, al-Kiswah, al-Qadam and several areas around Damascus. Containers were seized in the port of Lattakia full of contraband which depleted foreign exchange and affected the exchange rate of the Syrian pound.

According to the newspaper which is close to the Syrian regime, these successive and continuous measures come following the information circulating to impose the rule of law -on all without exceptions- and to control the exchange rate of the Syrian pound.

The newspaper added that these measures have been revealed by the Syrian regime’s president Bashar al-Assad during a governmental meeting. He discussed the measures that will be taken to support the Syrian pound, after revealing the methods of some traders to smuggle the dollar abroad in exchange for smuggled goods into the country.

During a meeting with the cabinet at the end of March, Assad blamed traders for the price hikes, threatening to intervene by force and impose severe sanctions without hesitation when dealing with them.

Assad said at the time that the rise and fall of the price are illogical. The rise in the exchange rate in the morning does not justify the rise in prices in the evening. The justification for the rise in prices over a long period of time specified as weeks or months is possible, but no rise can be justified spontaneously within hours.

The regime blames traders to cover up its failure in managing the country’s economic crisis. According to economic analysts interviewed by Enab Baladi earlier, the regime is issuing laws that enforce on traders the prices at which they should sell their products, and impose on them fines and sanctions that amount to imprisonment.