A coalition of eighty Syrian NGOs has called for the continuation of cross-border aid from Turkey to Syria, according to al-Araby al-Jadeed. 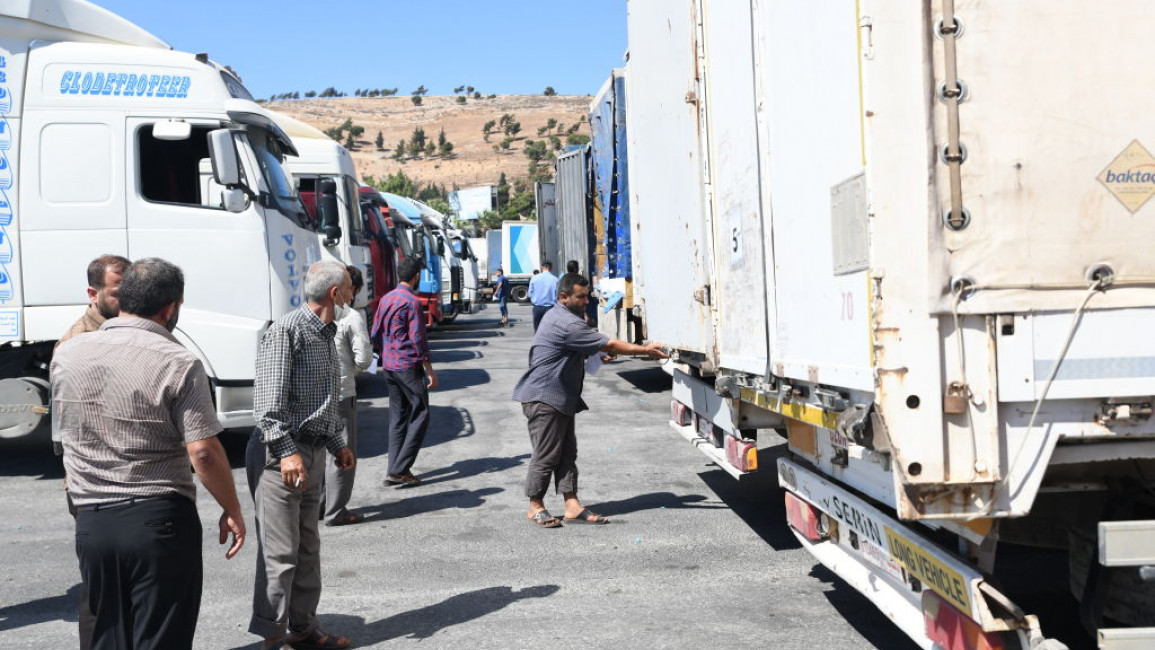 Eighty Syrian organizations have signed a new statement calling for the UN to continue delivering humanitarian aid to rebel-held northwestern Syria after July 10th, amid Russian threats to stop the provision of relief to the territories.

Since 2014, the UN has provided aid to opposition-held areas of Syria through crossings on the Turkish border without the permission of the Syrian regime.

A mandate for this was provided by UN Security Council Resolution 2165 but it is set to expire on July 10th and Russian Foreign Minister Sergei Lavrov is suggesting that his country would veto any renewal of the resolution.

An estimated 4.2 million people live in rebel-held northwestern Syria, over two million of them displaced by the regime from other parts of the country, and aid groups have previously warned that over 1 million of them were at risk of starvation.

The statement, which was published on Wednesday, noted that 75 percent of the inhabitants of the rebel-held area were currently dependent on humanitarian aid arriving through the Turkish border.

“47,377 trucks of aid [from] five UN agencies have been delivered since April 2014 under this resolution, making It a vital lifeline for those in need,” the statement said.

“A failure to renew the resolution would have a catastrophic impact on the humanitarian situation, the Covid-19 vaccination campaign in the northwest will not be continued [and] food baskets reaching 1.4 million people every month, as well as water and sanitation services will not be resumed,” it warned.

Russia said that aid to rebel-held areas of Syria should go through regime-held parts of the country instead.

But the Syrian NGOs’ statement noted that throughout the ten years of the Syrian conflict, regime forces had besieged rebel-held areas and blocked aid deliveries, preventing vital medical, and humanitarian relief.

International NGOs have previously issued warnings regarding the potentially catastrophic effects of a stop to cross-border aid and UN Secretary-General Antonio Guterres has also expressed his support for the continuation of deliveries after the 10th of July.

“We are adding our voice as Syrian NGOs to the voices of our international partners and to the call issued collectively by the head of UN agencies working in Syria to reiterate that there is no alternative for the cross-border modality to reach the people in need in northwest Syria,” the statement said.