The Jordanian monarch is set to meet the US president in July, bearing a message from Syria, according to al-Hal. 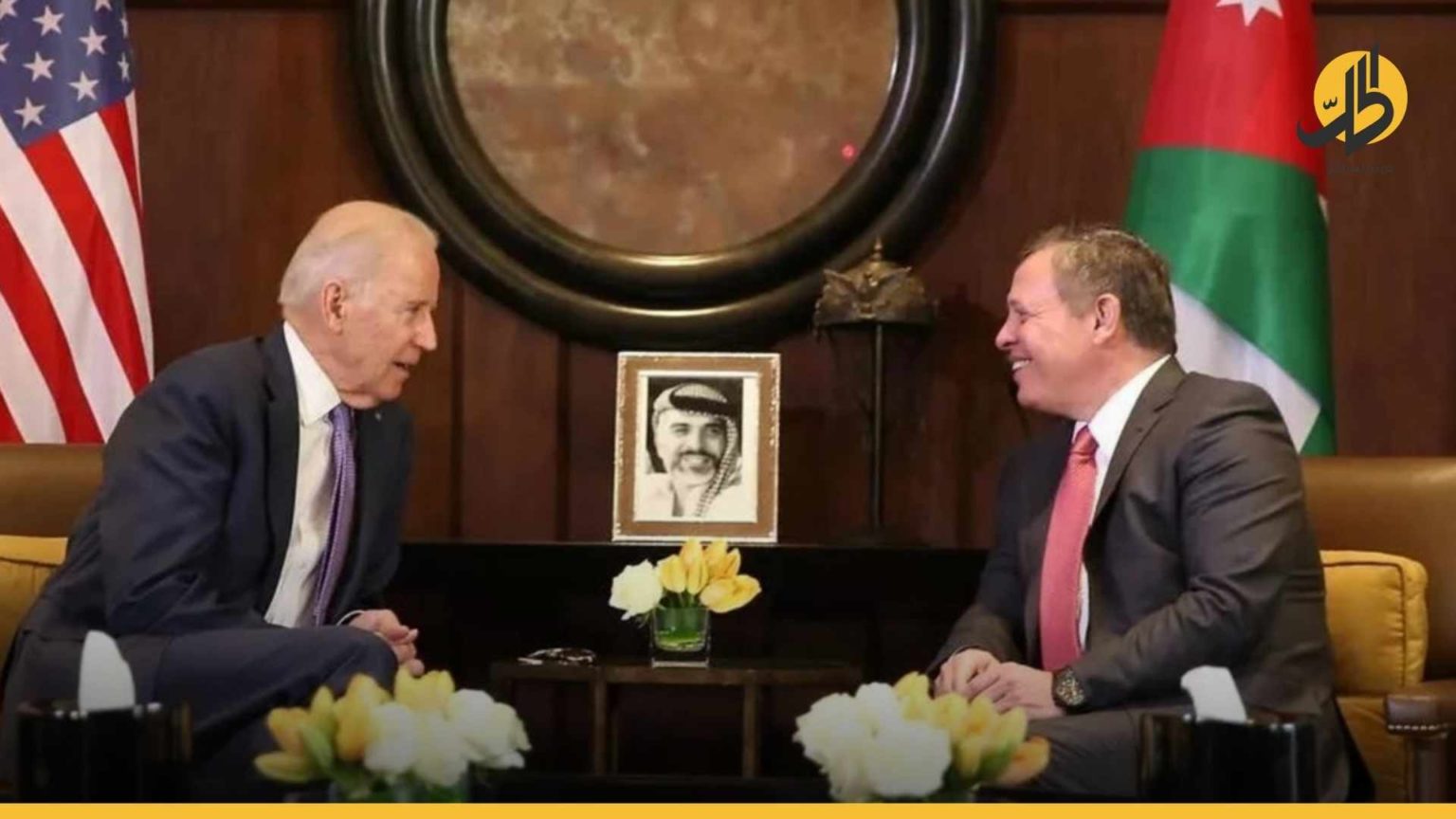 On Monday, Jordanian media unveiled the agenda of the upcoming meeting between U.S. President Joe Biden and Jordan’s King Abdullah II, who will visit Washington D.C. in July.

Jordan’s Ammon News agency quoted diplomatic sources as saying that the Jordanian king would bring a “message from Syria” to the U.S. administration. This message includes the government’s wish to rejoin the Arab League.

According to the same sources, both sides will discuss the Caesar Act. The Jordanian government considers that the law has cast a “black shadow” over its economy.

The Caesar Act is a package of economic sanctions imposed on the Syrian government. The sanctions also apply to a group of entities, individuals, and institutions accused of supporting and financing the regime during the war, which has caused hundreds of thousands of civilian casualties.

Relations between Syria and Jordan have undergone many transformations over the past decade. The Jordanian king has initially called Syrian President Bashar al-Assad to refrain from using violence against civilians.

In 2018, Jordan’s attitude towards Assad and his government tempered, amidst media reports stating that the Jordanian king has welcomed the return of the Syrian Ambassador to Amman, Jordan’s capital.

Many Arab countries are seeking to restore diplomatic relations with Syria’s governing regime, after severing ties for many years. The most notable of these countries are the UAE, Egypt, Iraq, and Lebanon.