A Syrian MP attacked the coach of the Syrian National Team after the latter blamed Syria's loss against China on the sport’s administration, according to Athr Press. 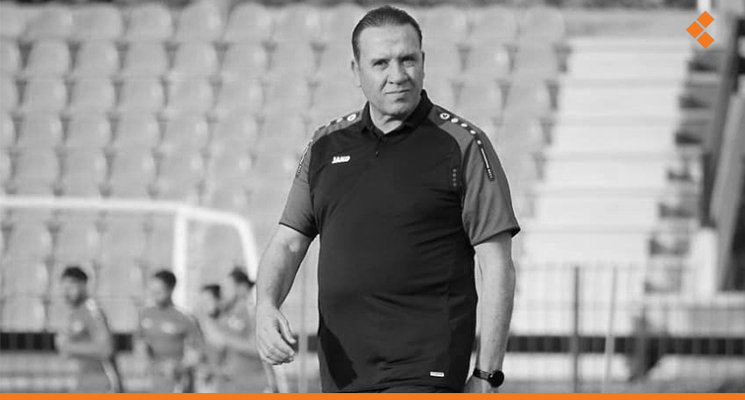 On Thursday, Abdelrahman al-Khatib, a member of the People’s Assembly, intervened in the parliament concerning the national football team and the actions of its Tunisian coach, Nabil Maaloul.

Journalist Nizar al-Mekdad reported that Khatib made these remarks in the parliament. He argued that he is a Syrian citizen who has defied many countries that tried to destroy Syria but were unable to do so. Khatib added that no one is permitted to attack the dignity of Syrians.

He explained that coach Nabil Maaloul accused Firas Moualla, the president of Syria’s largest popular organization and president of the Syrian Olympic Committee, of obstructing the Syrian team’s progress. Khatib referred to Maaloul’s failure against China, describing Moualla as a world champion who leaves no stone unturned to support the sport as a whole.

Khatib drew attention to the official letters leaked yesterday setting out rewards provided to the Syrian team after winning games against the Maldives and Guam, contrary to Maaloul’s statements. Maaloul said that the federation had promised the players financial rewards but failed to provide them. Khatib described Maaloul as a liar whose goal is to mislead the public with his words.

The Syrian parliamentarian recalled that, in previous statements, Maaloul had attacked Omar Kharbin, the star player of the Syrian national team, who won the title of the best player in Asia. Khatib threatened to block Maaloul’s entry into Syria, on the basis that Maaloul had insulted the whole country and the Syrian people.

Khatib is a member of the Syrian Football Federation and is responsible for overseeing women’s football.

His intervention followed the Syrian team’s loss to China, which triggered a series of surprises and recriminations between Maaloul and the General Sports Federation over responsibility for the loss. The Tunisian coach then submitted a request to the Syrian Football Federation to cancel his contract.