As the production of imitation dairy and cheese has been allowed in Syria, some are criticizing a decision that neglects the health of the poor, according to Athr Press. 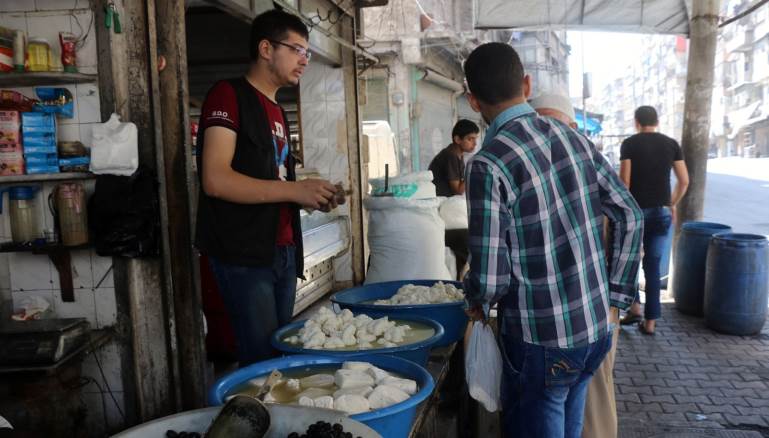 On Sunday and as living conditions worsen in Syria, local pages circulated on social media a decision issued by the Ministry of Interior Trade and Consumer Protection allowing the manufacture of imitation dairy and cheese products.

The decision states: “Dairy and cheese factories are allowed to manufacture imitation dairy and cheese products”. These products are defined as “food products mainly constituted of milk and its substitutes. If desired, non-hydrogenated vegetable oils, modified starch, emulsification salts, and permitted food flavoring can be added.”

The Ministry also required factories to “not mix” their dairy production lines with “imitation dairy” products and not to label these goods as dairy products, such as yogurt and labneh. Instead, a replacement could be terms associated with the nature of the substances, such as; salty cream, spreadable acid, formula, concealed blocks (cover molds), etc.

The decision was met with mixed reactions by activists on social media. Some considered this decision as “fraud legalization”, while others considered it as instilling class in society “as if the poor do not have the right to eat dairy products due to high milk prices. What worsened the situation is that the decision to allow the production of imitation dairy and cheese products was associated with the per capita income in Syria. This supports the idea that the monthly income of the citizens is only sufficient for a few days due to high prices and the monopoly of some traders!” according to comments and criticism gathered from the Syrian people.

Some people also circulated caricatures inspired by the Ministry’s decision. One person also commented, “It seems that we will also become imitation humans.”

Amr Salem, an economic researcher and former Syrian Minister of Communications, also criticized the decision through his personal Facebook page, considering it dangerous. He said:

“The calamity and danger of this decision are that the consumption of these products will endanger people suffering from diabetes, blood pressure, and heart complications. Starch causes a sudden drastic rise in blood sugar levels. Such a decision should have previously been issued by the Ministry of Health rather than the  Ministry of Internal Trade. The Ministry of Internal Trade cannot be allowed to make such a decision that is harmful to the health of citizens and disregards the health of the poor.”