Iran and Palestine have news ambassadors in Damascus, violence escalates in Northern Syria and COVID-19 continues to spread. Catch up on everything that happened over the weekend. 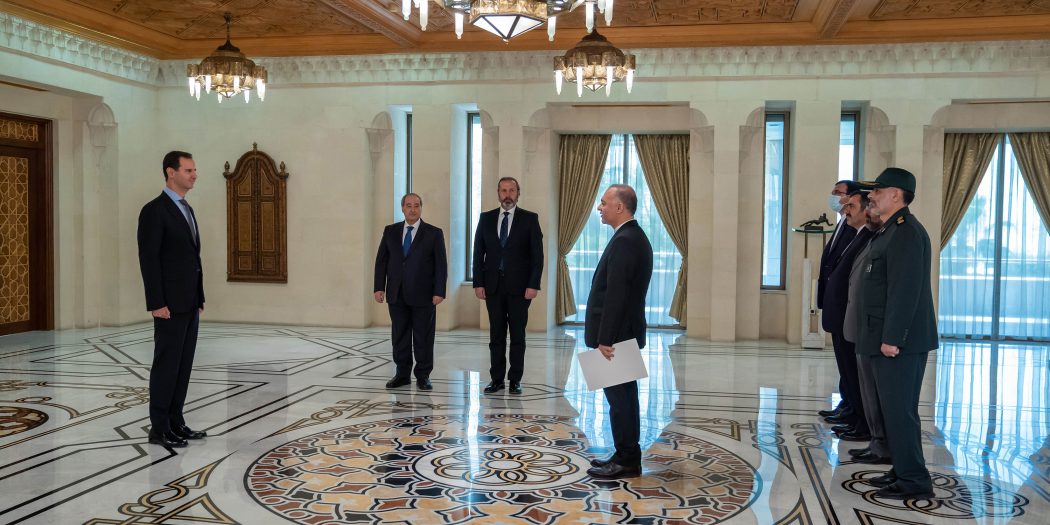 On Sunday night, unidentified gunmen riding a car immediately fired at Lieutenant Faisal al-Khalil in front of his house, an eyewitness told North Press. “Khalil was working for the pro-Turkish Civil Police in Jarabulus, and was responsible for the al-Reef checkpoint in the vicinity of the city,” he added.

The opposition-held areas in the north of the province of Idleb are witnessing a new wave of displacement following the military escalation by the Syrian regime and Russian forces in violation of the ceasefire agreement reached in March 2020, the Syria Response Coordination group reported. At least 1,867 people have been displaced during the past 48 hours from the villages and towns of Jabal al-Zawiya in the southern countryside of Idleb, towards northern towns far from the military operations, according to the relief group. During the past 48 hours, the field teams have recorded more than 74 air and ground attacks, mostly carried out by Russian warplanes.

The Health Ministry announced on Saturday that 22 new coronavirus cases were recorded in Syria, adding that five coronavirus patients recovered and two others passed away. The total number of registered coronavirus cases in the country has reached 24,789, out of which 21,668 have recovered and 1,808 others have passed away. According to North Press, the Syrian Interim Government of the opposition Syrian National Coalition announced 67 new cases of coronavirus, four deaths, and 124 recoveries in Idleb and Aleppo’s countryside. Local authorities conducted tests for 617 suspected cases. The total number of coronavirus infections in the opposition-controlled areas has risen to 24,676, including 692 deaths and 21,354 recoveries.