The Syrian president blamed the industrialists who left the country at the beginning of the war, according to SANA. 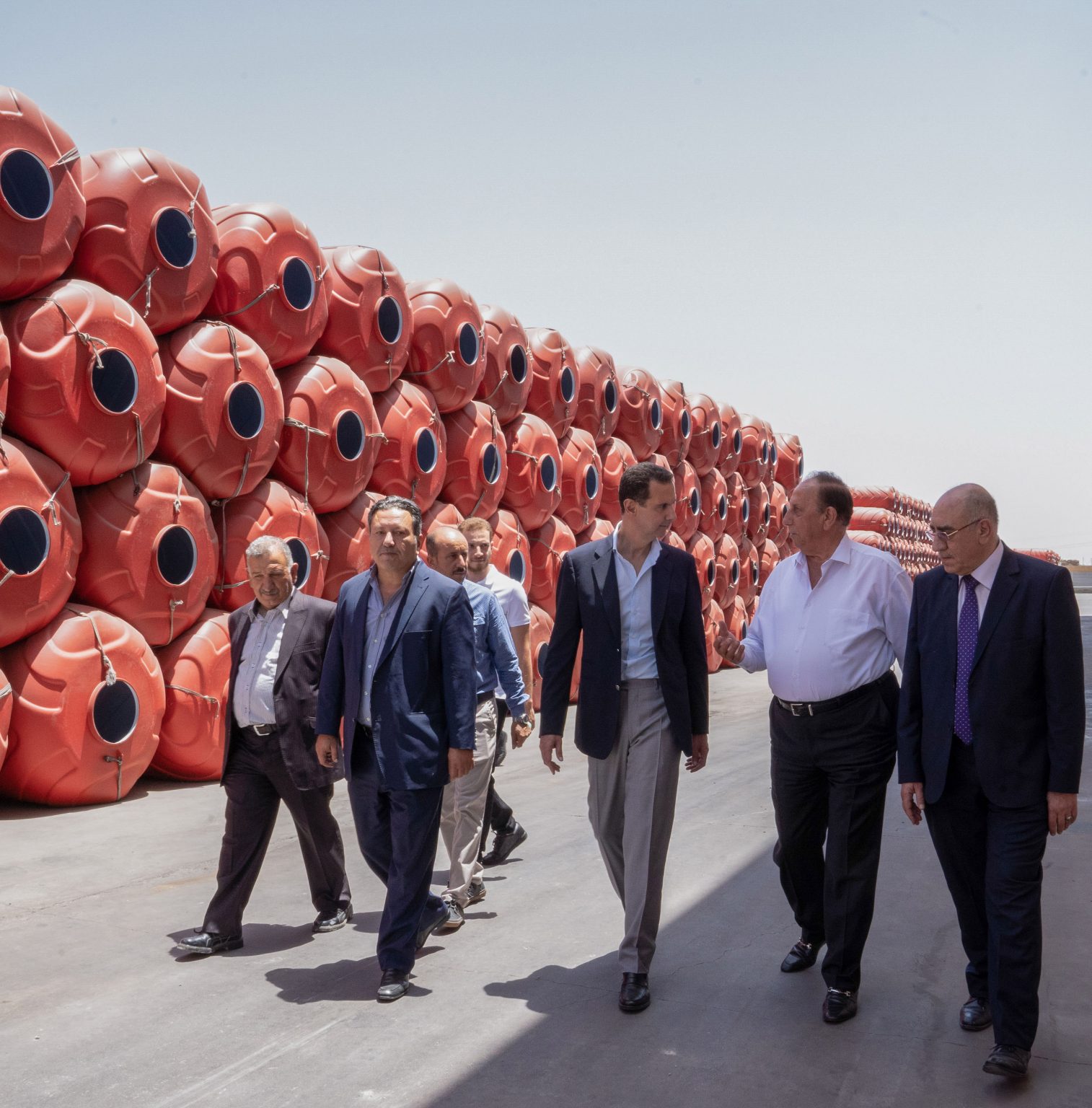 President Bashar al-Assad visited on Wednesday several factories and facilities at the Adra industrial city in Damascus’ countryside. Although these industrial plants were established during the war and blockade, their owners have succeeded despite all difficulties and challenges.

“Syria has genuine potential to overcome the blockade, lessen its impacts and create more investment opportunities,” President Assad said in a press statement.

“I am very happy about my visit today to the industrial city where I met many Syrian industrialists. This city has been on the front line in the fighting between the army and terrorists for many years, but it has withstood […] My visit today aims to stress the priority of economic recovery in the upcoming stage,” President Assad added.

Further, the President affirmed “what I have seen today can only be described as excellent, especially given the circumstances under which this region has lived during the years of war as well as the challenges to which the Syrian economy is confronted.” He added that he “believes that this visit is a way to boost the morale of workers and industrialists.”

President Assad also praised “the patriotic spirit” that he has touched among the supervisors of the factories and workers, which sends several messages in Syria. “Further, when I was inspecting the facilities, the first thing that came to my mind is a comparison, which comes spontaneously, between those who offered their capital to the nation during hard circumstances, creating job opportunities and supporting the economy, and those persons who fled with their capitals since the first days,” he added.

“When the signs of war began to appear, some took the capital they had collected in their country and migrated. At the same time, the average Syrian citizen was going through a tunnel; A security tunnel, a livelihood and economic tunnel, and he or she thought that their brothers would offer assistance,” the President said.

President Assad went on to say “Actually, what I have already seen sends many messages to those who possess the potential, capabilities, and resources but lack the courage to launch work and production. We have hope and are confident that during these hard circumstances, the industrial sector can resist, therefore, the most important message that we get from this visit is that if we have the will to build the homeland, then we can do it.”

President Assad added that Syria needs capital and a strong patriotic sense, “and I felt that these elements exist within each person I met today, giving them momentum to establish industries to invest and produce all around Syria.”

“In fact, those persons are the ones on whom Syria can depend for building a strong economy and homeland in general. Certainly, the State will stand by them because they deserve all the support as they carry on the economic war. The Syrian citizens expect a lot from you and the State supports you to make it a joint effort” President Assad concluded.