A delegation from the Autonomous Administration of North and East Syria (AANES) met with French MPs to discuss AANES' role in the political peace process, according to North Press. 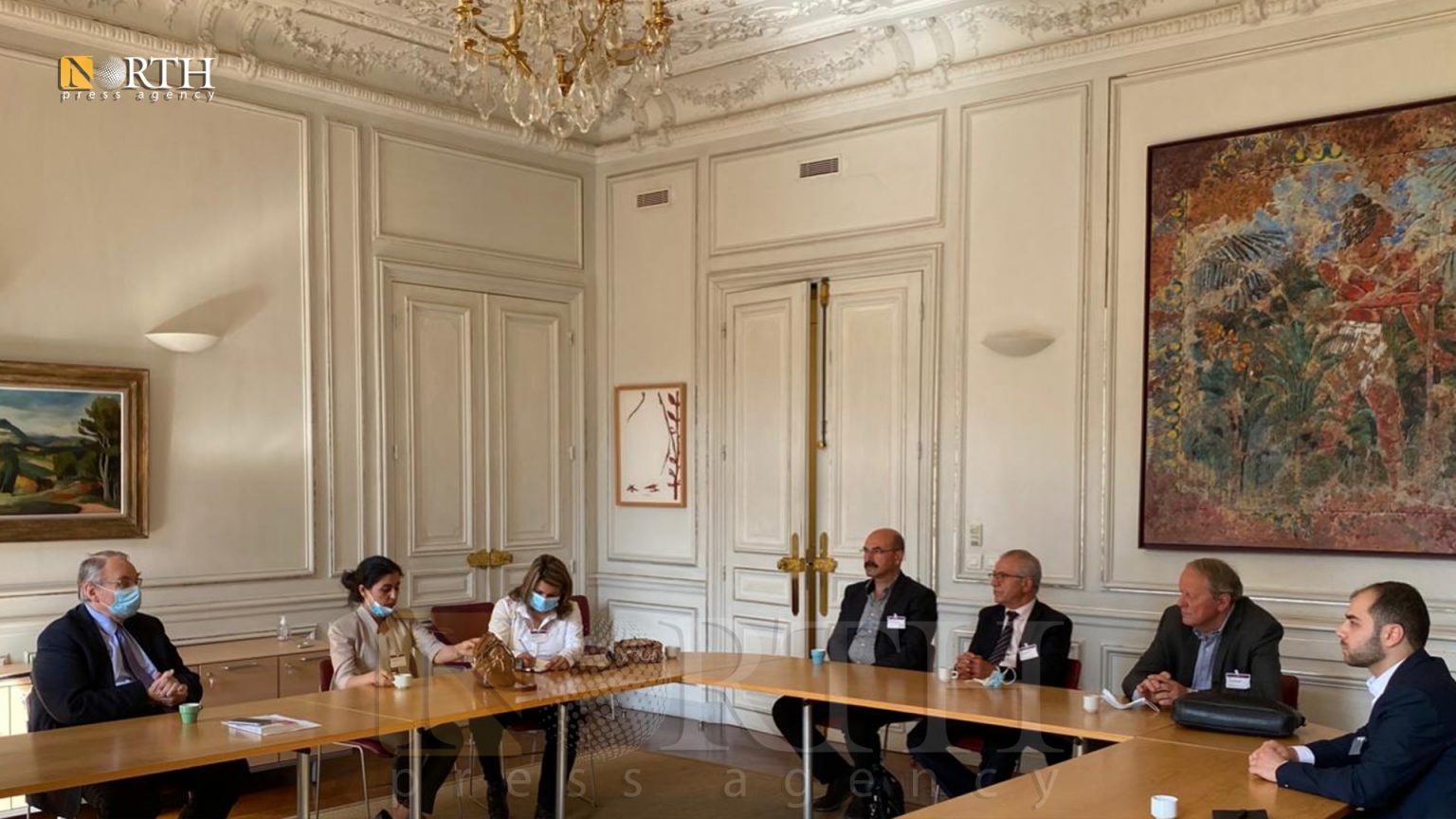 On Wednesday, a delegation of the Autonomous Administration of North and East Syria (AANES) in France demanded to be involved in the political process to end the Syrian conflict and to be provided with support in services and healthcare.

The AANES delegation met with the Head of the Foreign Affairs Committee of the French National Assembly Jean-Louis Bourlanges, upon an official invitation.

Abd said that they asked for the AANES to be involved in the political process and the drafting of the new Syrian constitution per the Security Council Resolution number 2254.

“We also called for international support for the reconstruction and the establishment of development projects to fight unemployment and provide humanitarian aid to refugee camps in northeastern Syria,” Abd added in an exclusive interview with North Press. The delegation also called for support of the education and the health sectors in northeastern Syria, according to Abd.

Bourlanges said that the delegation reflects the reality of northeast Syria’s policy, one that is based on coexistence among the communities as well as gender equality.

“You fought terrorism in northeast Syria under difficult circumstances, and despite all these difficulties, you sought all the time to build a democratic system,” he added to the guest delegation.

Abd described France’s position as “clear from the beginning” and thanked the French people and government for their support of the AANES’ project. He added that he considers equality and respect of the cultural and ethnic diversity in northeast Syria to be values that France stands for.

“The Kurds have been subjected to injustice throughout history and were deprived of their rights. Today, they are fighting to achieve democracy,” Bourlanges said. “This contributes to the building of a democratic and stable country that guarantees human rights to everyone,” he pointed out.