Assassinations and violence continue to be the norm in Daraa, as the Russian-sponsored ceasefire settlements come under criticism according to Athar press. 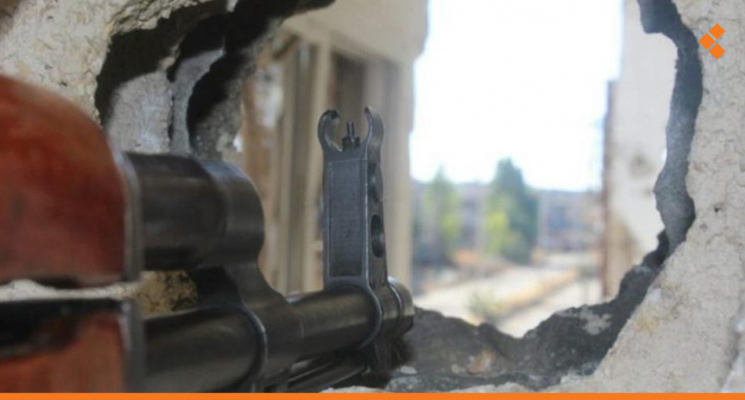 Assassinations and security breaches continue in the governorate of Daraa. On Sunday, the mayor of Athman was assassinated in the northern countryside of the governorate.

A source in the Daraa’s police command told Al-Watan that the mayor of Athman, Faisal Allouh, died after being shot by an armed group. The municipality is three kilometers east of Daraa’s city center.

Following the assassination of Allouh, the Syrian army carried out a campaign of arrests in the town of Athman, east of Daraa. The opposition site “Enab Baladi” quoted a source from inside the municipality who used to be active in armed groups in the governorate saying that the arrest campaign included 4×4 vehicles equipped with medium-range machine guns. While carrying out the raid, participants fired bullets and surrounded the town from all sides with military presence.

The governorate is subject to Russian-led settlements, which are supposedly aimed at maintaining security and stability. However, they face criticism from the community members, some officials, as well as sources that condemn the Russian settlements’ failure to maintain security. The American channel “Al-Hurra” reported, in a report published a few days ago, that the Daraa governorate witnesses a monthly average of 30-60 assassinations. When this calculated average is applied to the months since the settlement agreement was reached, the overall death toll may exceed 1,000 people. Hussein al-Rifai, the Ba’ath Party secretary in Daraa, said earlier that some settlements brokered in the area are unfair. He added that, when a settlement is not a fair one, it does not continue to operate.

Further, the Secretary of the Baath Party branch in Daraa, Hussein al-Rifai said earlier that some of the settlements taking place in Daraa are unfair. “When we reach settlements with terrorists and allow them to retain their weapons, the settlement is not judicious,” said al-Rifai.

In the same vein, a researcher at the opposition “Jusoor” research center suggested that factions party to the settlement were responsible for assassinating mayors. The researcher pointed out that even the Russians have failed to abide by the terms of the “settlement.”