After protests erupted in the city of Manbij against corruption and conscription, the Syrian Democratic Forces bowed to popular pressure, according to Baladi News. 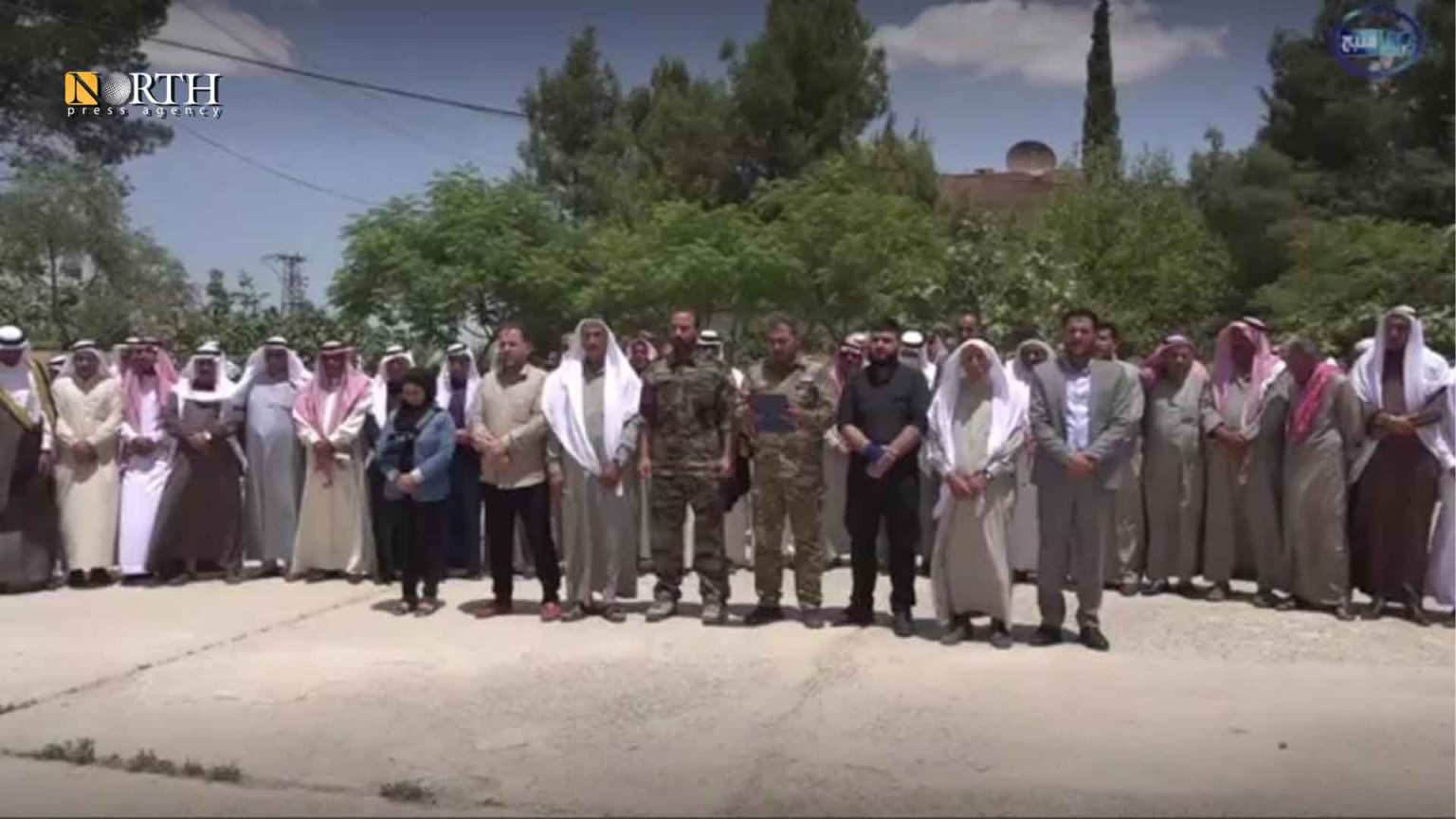 On Wednesday, June 2nd, the Syrian Democratic Forces’ (SDF, Kurdish-led) military council in the city of Manbij, east of Aleppo, released a statement announcing that it had suspended its conscription drive and released detainees.

“We have halted the recruitment campaign in Manbij and its surrounding. And in discussion with the area’s officials, we released the recently apprehended detainees, and formed an accountability committee for those involved in firing at protesters,” the video statement said.

For their part, civilians in Manbij released their own statement, addressed to elders and SDF leadership in the city of Manbij. The statement announced that the protests will be suspended.

“As a gesture of goodwill, we announce that the protests will halt,” the statement said. “ We will allow the administration and dignitaries until Friday, June 11th, to implement the action items agreed at the meeting between local dignitaries and SDF on Wednesday.”

Over the past two days, the city of Manbij and the surrounding countryside have seen widespread protests against the SDF, which has killed and injured civilians with live ammunition as a response.

In recent weeks, demonstrators in Manbij have protested against conscription drives carried out by SDF’s military council, which would force young people to fight in the SDF’s ranks. The conscription drive involved dozens of arrests, which sparked widespread anger in the community.

On Saturday, May 30th, SDF carried out a major campaign of arrests, in which 30 young people were apprehended and forced into military service. These arrests fuelled anger in the streets.

On social media, activists circulated footage that allegedly depicted SDF members, on the outskirts of Manbij, firing live ammunition at protesters who were trying to enter the city.

On Tuesday, however, SDF’s Manbij military council released a statement claiming that “criminals and cells following orders from external groups attacked security and military headquarters.” The statement acknowledged that the attacks resulted in casualties and injuries.