Syrian MPs have called for judicial measures against individuals who assaulted Syrians and prevented them from voting in the presidential election, SANA reports. 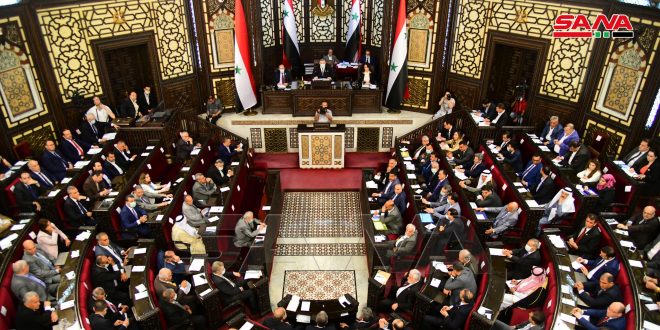 Members of the Syrian parliament, the People’s Assembly, called for lawsuits to be filed against individuals that participated or contributed to harming Syrian citizens and prevented them from exercising their constitutional right to take part in the presidential election.

The Assembly, in a session held on Monday and chaired by Speaker Hammouda Sabbagh, held discussions on the latest presidential election. Further, some MPs affirmed that organizing the election and announcing the victory of Dr. Bashar al-Assad has sent messages to the Arab and international community that the political and administrative structure in Syria is active and competent.

In addition, other MPs added that despite the war and the unilateral coercive measures imposed on Syria, the Syrian people have proven that they are the most qualified ones to apply democratic principles.