The fifth round of the Constitutional Committee has failed to make any progress, with disagreements, differences and arguments persisting writes Alsouria Net. 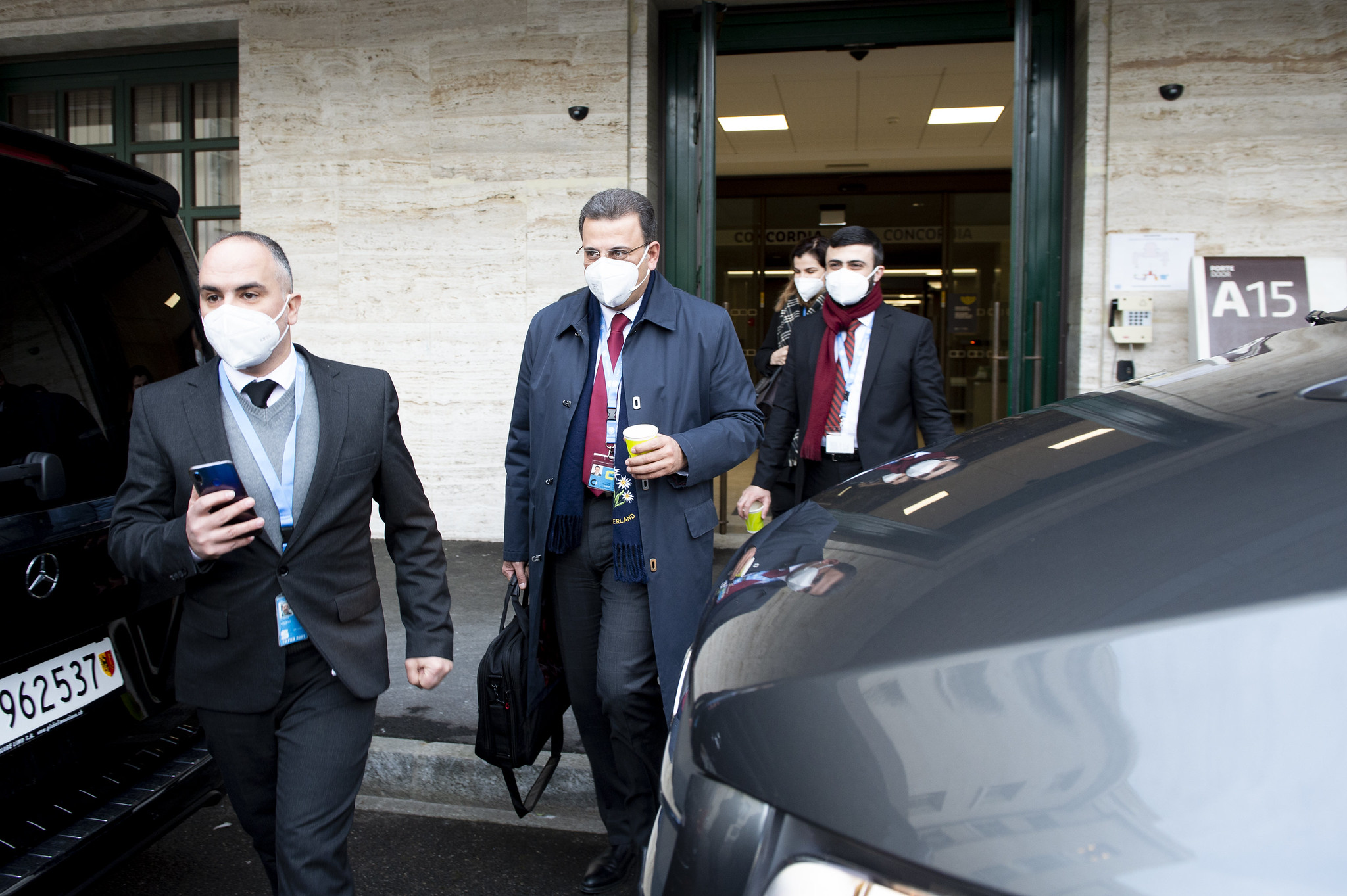 The third day of the meetings of the Syrian Constitutional Committee began in Geneva on Wednesday. No progress worth mentioning was achieved.

Sources from the civil society bloc told Alsouria Net that the fifth round, which is currently being held in Geneva in the presence of the delegations of the regime, the opposition, and civil society, has not achieved the desired goal, which is to discuss the basic principles of the Syrian constitution.

The sources, who spoke on condition of anonymity, added that the regime is still beating around the bush, talking about national constants ad nauseam, and avoiding engaging in any discussion related to the constitution.

According to the same sources, the opposition delegation, headed by Hadi al-Bahra, submitted to UN Special Envoy to Syria Geir Pedersen, a proposal to discuss preliminary articles in the constitution. The regime’s delegation, however, rejected the proposal and insisted on lingering on what has already been discussed in the past four rounds.

The regime’s delegation is still calling for discussions of several matters, most notably national sovereignty and the rejection of occupations and economic sanctions, which some consider an intentional waste of time, aimed at avoiding discussions about constitutional principles.

The fifth round of the Constitutional Committee meetings in Geneva started on Monday, and is considered one of the most important rounds, as it is supposed to discuss, for the first time, the early stages of the new constitution and the constitutional principles.

What’s behind the visit of the Astana trio?

Coinciding with the start of the fifth round, Russian, Iranian, and Turkish delegations visited Geneva, on Tuesday, to discuss developments in Syrian politics, in a remarkable move by the Astana trio.

Although the objectives of the visit were not officially announced, it comes at a time when many have been talking about the lack of progress in the fifth round, indicating that the move aims at preventing any possible failures.

Western countries and the other countries concerned with the Syrian issue are trying to hold on to the Constitutional Committee as the only effective political track at the moment, especially since the Astana talks were interrupted last April and never resumed.