A circulated memorandum has revealed that Saudi Arabia has suspended the work of the employees of the Syrian Negotiations Committee, claiming that no meetings are being held reports Alsouria Net. 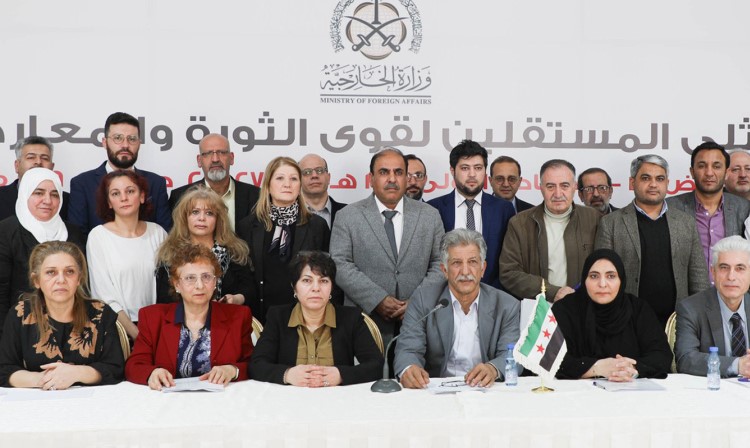 The Saudi Ministry of Foreign Affairs sent a memorandum to the headquarters of the Syrian Negotiations Committee (SNC) in Riyadh, announcing its intention to suspend the work of committee’s employees in Saudi Arabia starting the end of this month, days before the fifth round of the Constitutional Committee meetings, which neither the Moscow Platform nor Jamal Suleiman will attend.

An attachment to the Saudi letter, which was circulated by activists and media outlets, stated that, “in light of the continued disruption of the work of the Syrian Negotiations Committee, it was decided to suspend the work of its employees at the end of January 2021, until the Committee resumes its activity.”

The Saudi Foreign Ministry called on the committee to take note of the memorandum and take the necessary measures.

UN Special Envoy for Syria Geir Pederse, received a message on Jan. 13, 2021, from the National Coordination Committee for Democratic Change, the Moscow Platform, and figures from the Cairo Platform, asking him to act quickly and push for consensus within the SNC.

Copies of the letter were sent to both Russian Foreign Minister, Sergey Lavrov, and his Saudi and Egyptian counterparts, Faisal bin Farhan and Sameh Shoukry, respectively.

Meanwhile, representatives of the Cairo and Moscow Platforms will be absent from the Constitutional Committee meetings that will begin on Jan, 25, 2021.

The spokesperson for the SNC, Yahya al-Aridi, explained to Alsouria Net that the Saudi Foreign Ministry’s decision has nothing to do with the dispute taking place within the Cairo Platform about replacing someone on the Syrian Constitutional Committee, indicating that this matter [replacing someone] is “legitimate and the platform’s right.”

Aridi added that the Saudi decision came by virtue of the fact that no meeting of the committee has happened at its headquarters in Riyadh since 2019, noting that the committee had met in other locations, especially in light of the spread of the coronavirus and the preventive measures that accompanied it.

“Three employees (two women and a man) work in the committee’s headquarters in Riyadh. With no meetings taking place there since the end of 2019, the three employees are no longer needed,” said Aridi, noting that the Saudi Foreign Ministry’s decision is not recent, but was issued some time ago.