Displaced Syrians have been forced from their homes by heavy rain, but an initiative  has been launched to provide shelter writes Enab Baladi. 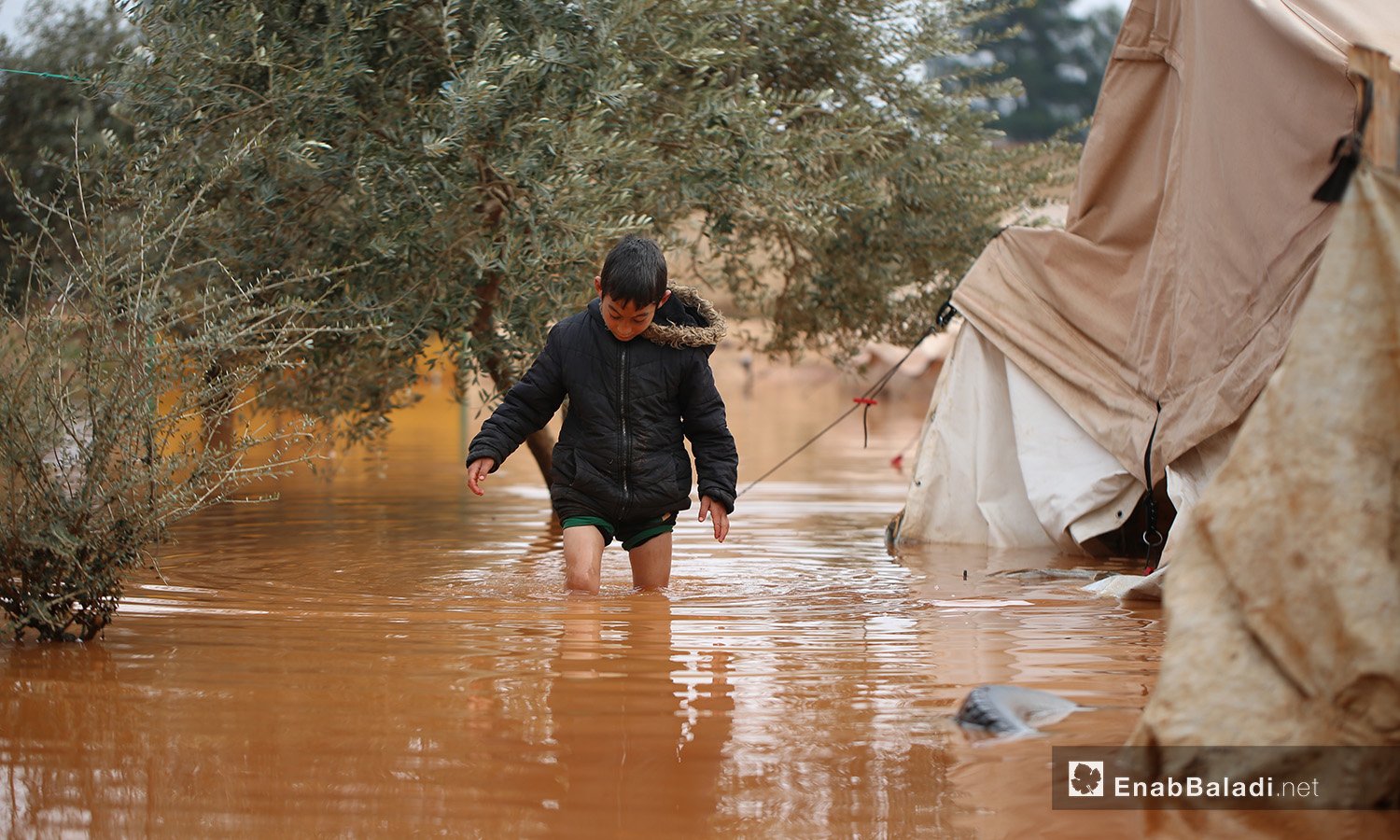 “We did not sleep all night. We were digging,” said Hajj Nouhad al-Jali. This is how people tried to mitigate the consequences of rainwater in the Umm Jirn camps in Kafr Aruq, north of Idleb.

Jali said no party showed up to help them or offer housing alternatives, except for a party he did not name that offered to pump water, provided they can obtain permission from the owner of the land, which the residents rent.

With the beginning of the rainstorm, the Civil Defense intensified its response operations in the camps and began draining rain water and cleaning the gutters, in addition to pumping water in residential areas, dredging mud, and laying roads in the camps to facilitate the movement of civilians.

The people of Jisr al-Shughur, southwest of Idleb, launched an initiative to shelter the displaced in temporary homes during the winter season.

The coordinator of the initiative, Mohammad Habboub, told Enab Baladi that the initiative is made possible by the people of Jisr al-Shughur, who have availed a number of houses to receive the people from the camps. No families have been sheltered as of yet.

However, civilians Enab Baladi met in camps north of Idleb were not aware of the initiative. Habboub justified that by saying that the initiative is still new, and it was only launched last Monday.