In a farewell message to the Syrian people, Joel Rayburn has said that the regime’s military solution has failed and that their demise is only a matter of time reports Sowt Al-Asima. 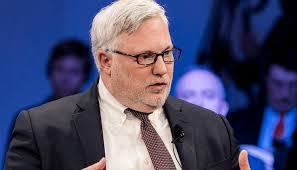 Former US Envoy for Syria Joel Rayburn sent out a farewell message that he addressed to the Syrian people, as his assignment with the State Department came to an end. The message included his vision regarding the situation of the regime, which, according to Rayburn, “has no place left to go except towards a political solution.”

In his message, which he published on his Facebook account in Arabic on Tuesday evening, Rayburn confirmed that he will forever stand with the Syrian people.

He said, “To all Syrians: I will not stop working for justice and peace… America’s interests and values ​​call for a different type of government in Damascus, a government that treats its people and the world in a completely different manner.”

Rayburn noted that he was able to “witness all the crimes committed against the Syrian people,” and that the evidence against the regime is “overwhelming.” Rayburn stressed that “justice will be served.”

The American official considered that “the Assad regime has failed in its quest for a military solution,” stressing that the only solution is a political solution under UN Security Council Resolution 2254.

He added, “All the way from Washington, we can clearly see that the Assad regime is unable to escape the pressure of the Caesar Act, and it cannot overcome the consequences of its international isolation.” He said, “My message to Damascus at the end of my term is: you’ve got nowhere to go. You have no choice but to ascribe to Resolution 2254.”

The former envoy said, “The Assad regime has reached its breaking point, and what will follow is further internal weakness within the regime, week after week, month after month. If the Syrian people are able to remain united, they will have the opportunity to shape their future, perhaps sooner than many imagine possible.”

On Nov. 9, 2020, the US Department of State appointed Rayburn as envoy for Syria, as a successor to former Special Envoy, James Jeffrey, who had resigned.