Mohammad Ezzat Khattab has put himself forward as a candidate for the 2021 presidential elections, amid confusion about the position of the opposition writes North Press. 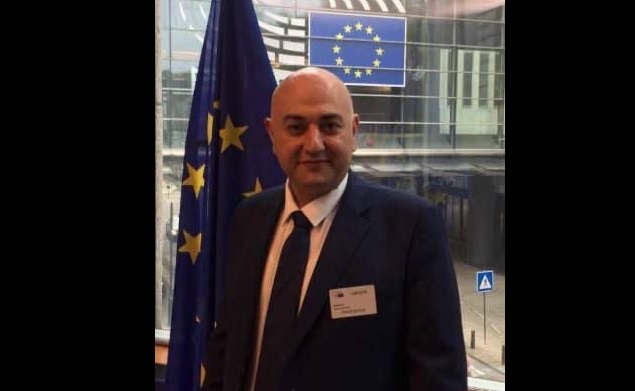 Syrian opposition activists and pro-government pages on the Internet shared a photo of a new Syrian presidential candidate.

The next presidential elections in Syria are scheduled to be held between Apr. 16 – May 16, 2021.

The emergence of the candidate has begged questions about the position of the Syrian opposition, which has been busy publishing opinion polls and awaiting their results, in reference to what the opposition’s Syrian Negotiations Committee (SNC) has been doing.

According to the details, the candidate is Mohammad Ezzat Khattab, Secretary-General of the Syria for All party. The latter is calling for a special conference in the Belgian capital of Brussels soon, under the auspices of the European Union.

Khattab, born in Damascus in 1969, holds a doctorate in political science from Damascus University and has been the head of the Syria for All party since it was founded in 2009.

Khattab resided in Switzerland for several years before the outbreak of the Syrian war, before heading to France to settle there in 2012 and begin his career in economics and politics, according to informed sources.

The Syrian government has not released any information about potential candidates or those who would like to run for the upcoming presidential elections. The latest news, however, was related to Russia’s decision to accept President Bashar al-Assad nominating himself for a third presidential term.

Syrian opposition sources indicated that, “the Syrian opposition is busy publishing opinion polls, data, and statements on Facebook, without any serious action regarding the upcoming presidential elections and Assad’s candidacy prior to any political solution.”