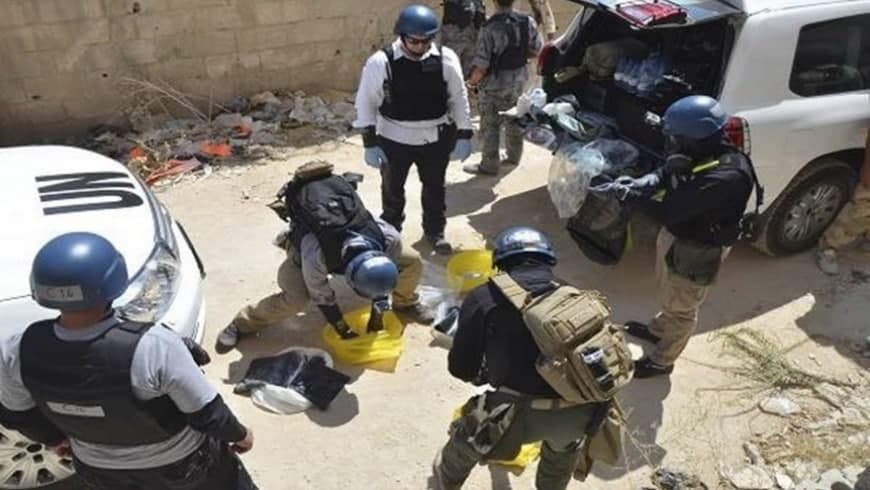 Human rights defender, Abdel Nasser Hoshan, said that the Assad regime is set to collide with international sanctions in 90 days, which are inevitable, no matter how much the regime tries to evade them.

Hoshan explained to Baladi News that the Organization for the Prohibition of Chemical Weapons (OPCW) has given the Syrian regime an additional 90 days to reveal the chemical stockpile it possesses.

He added that the US raised the chemical issue during the last session of the Security Council, which was held on Tuesday, and drew attention to the Assad regime’s procrastination on the decisions of OPCW.

Hoshan stressed that March will carry with it a serious move by the US and its allies against the Assad regime, according to UN Resolution 2118, whose Paragraph 21 allows the use of sanctions under Chapter VII without a vote by the Security Council, and Russia cannot use its veto against it.

He noted that OPCW had previously called on Assad to reveal his chemical stockpile, and had that happened it would have been a tacit admission by the regime of using chemical weapons against civilians.

If Assad refuses to comply, he would be subjected to international sanctions under Chapter VII.

Hoshan expected that the next OPCW session will be decisive and will prove that Assad has violated the obligations of Resolution 2118, and therefore international action must be taken against him under Chapter VII of the UN Security Council Charter.

He ruled out that the Assad regime would be able to continue to procrastinate, in light of the recent report on the regime’s use of chemical weapons in al-Lataminah, preceded by a report accusing the regime of using the same type of weapons in Khan Sheikhoun.

Last Tuesday, Deputy Representative of the United States of America to the United Nations, Richard M. Mills, said during a video conference session of the Security Council that the latter meets monthly to urge Syria to fulfil its obligations towards the Chemical Weapons Convention and to fulfil UN Security Council Resolution 2118, indicating that the Assad regime has not fulfilled its obligations in this regard for seven years.

Mills stressed that the Security Council has a responsibility to show that there are serious consequences for those involved in the use of chemical weapons and that this behavior cannot be accepted nor condoned, pointing out that Assad’s chemical weapons are not a matter of contention, and question about whether the weapons were used are not open for discussion, they are a fact proved by OPCW.

In July 2020, OPCW gave the Syrian regime 90 days to report the location and amount of chemical weapons it possesses, days after the organization published a report in which it indicated that the Syrian regime forces had used sarin and chlorine during their airstrikes in the town of al-Lataminah, in the Hama governorate, on Mar 24-30, 2017.