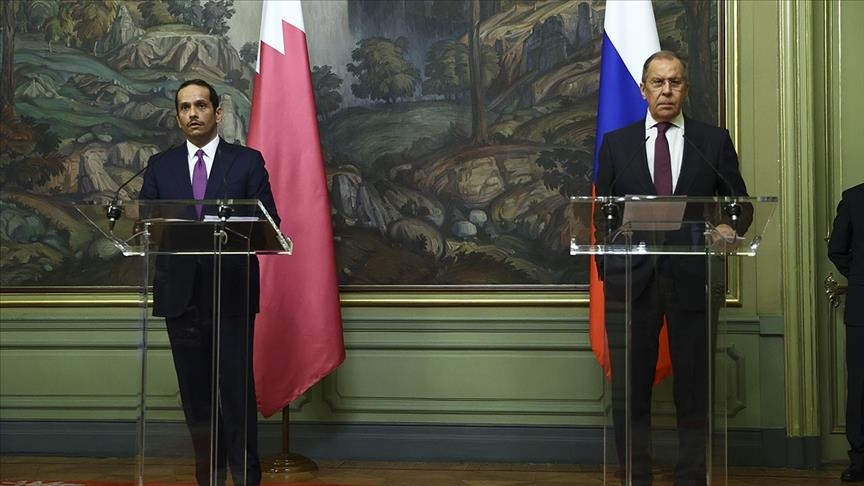 Russian and Qatari foreign ministers on Wednesday discussed the latest situation in the Middle East and the Persian Gulf regions at a meeting held in Moscow.

Speaking at a news conference, Russia’s Sergey Lavrov said they agreed on the necessity of initiating a stable political process in Libya.

He also voiced concern over an “overwhelmingly protracted pause” in the appointment of the UN special envoy for Libya.

For his part, Qatar’s Mohammed bin Abdulrahman al-Thani reaffirmed his country’s support to the UN initiatives for the resolution of the Libyan crisis through dialogue and for maintaining the cease-fire in the country.

“We support those efforts of the UN in this country, which would meet the interests of the Libyan people,” the minister said.

As for the Syrian crisis, Lavrov said he expects that the Syrian Constitutional Committee in Geneva will start “substantive work” on the country’s constitution in January.

Turning to the Palestinian issue, Lavrov said the restoration of Israeli relations with some Arab countries should not put the resolution of the Palestinian problem “to the back burner”.

“We also reaffirmed our common interest in the early restoration of Palestinian unity and the completion of the processes that have been initiated between Fatah and Hamas,” Lavrov said.

For his part, Thani said Qatar has consistently advocated a just solution for the Palestinian people based on international law.

“We welcome any constructive efforts in this direction, and we believe that an Arab initiative is a tool that will help achieve this goal,” he said, adding that Palestinians should be encouraged to reunite.

“For Qatar, the security of the region is a priority. We are interested in dialogue with all countries of the region, including Iran,” Thani said.