Germany's Foreign Ministry announced that it had repatriated three women and 12 children from camps in northeastern Syria, who had left Germany in recent years to join the extremist Islamic State reports Al-Araby Al-Jadeed. 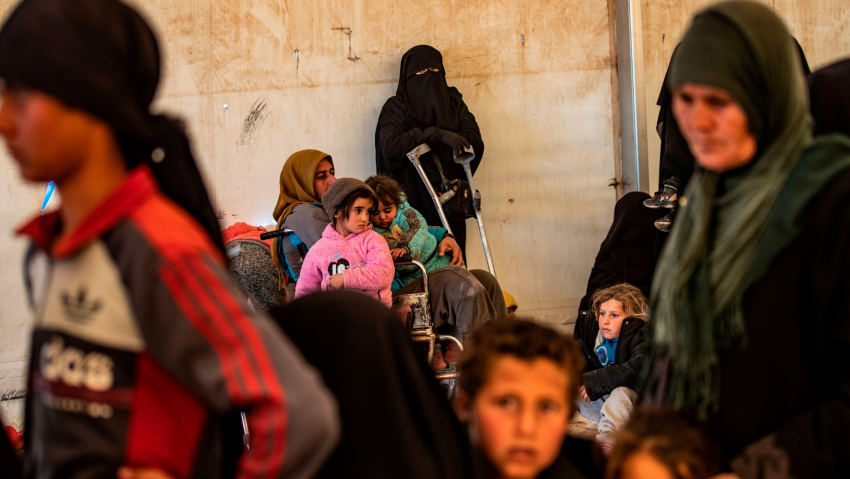 Germany has organised the return of three women and 12 children from camps in northeastern Syria for humanitarian reasons, its foreign minister reported Sunday.

Heiko Maas did not further identify the women or children, who were flown back to Germany on Saturday.

However, the German weekly Bild am Sonntag reported that all three women had left Germany in recent years to join the extremist Islamic State group Syria. The paper identified the women as Merve A., Yasmin A. and Leonora M.

Also on Sunday, Germany’s federal prosecutor’s office said a German citizen by the name of Leonora M. had been arrested upon her arrival at Frankfurt airport. It said she is accused of membership in the foreign terrorist group Islamic State and allegedly committed crimes against humanity.

Maas said he was “very relieved” about the return of the 12 children and three of their mothers. He said the return was organised in cooperation with Finland, which brought home six children and two women.

“These are humanitarian cases, especially orphans and children with illnesses – cases in which the departure was urgently needed,” Maas said.

“This good news just before Christmas makes us confident that we will be able to organise the return of further cases as well,” he said.

Hundreds of Europeans – many of them young women – left the continent in the last couple of years to join the Islamic State and fight in Syria and Iraq. Several died, others were arrested and detained by Turkish, Kurdish or Iraqi authorities who have been eager to deport them and their children back to Europe.

European governments, however, have been reluctant to take back the often radicalised Islamic State supporters.

The women and children who just arrived in Germany were detained at the al-Hol and Roj camps in northeastern Syria, the German foreign ministry said. The camps are managed by the Kurdish-led administration in northeastern Syria but lack basic services and have been rife with diseases and lawlessness.

Al-Hol holds over 60,000 Syrian, Iraqi and Western detainees, most either family members of Islamic State fighters or supporters of the group who had remained in the territories it held until the final battle in March last year.

Roj is a smaller camp with mostly Westerners – also family members of imprisoned or killed IS fighters or supporters.

The Kurdish-led authorities said last month they will begin releasing some of the 25,000 Syrians held in the al-Hol camp, allowing them to return home if they choose to.