Faisal Mikdad has said that elections in Syria will go ahead next year and they will be run in accordance with the 2012 Constitution reports Alsouria Net. 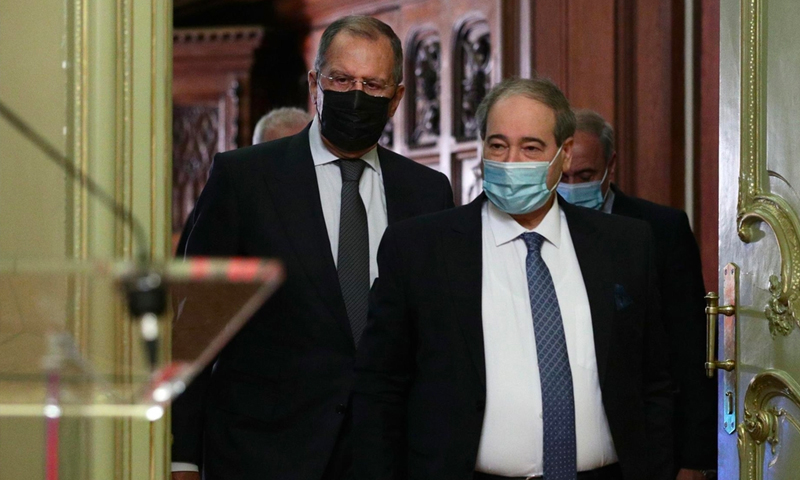 The Foreign Minister of the Assad regime, Faisal Mikdad, said that the upcoming presidential elections in Syria will take place on time, mid-next year, and will not be linked to the outputs of the Syrian Constitutional Committee.

Mikdad added in statements to Russia’s Sputnik on Monday that, “it is very clear that we will all work against the current constitution in order to draw up a new constitution, and this is something the Constitutional Committee is well aware of.”

“The elections will take place according to what is stipulated in the current constitution,” he continued.

In recent months, Assad regime officials issued statements confirming that the elections will be held on time, according to the existing constitution “and without outside interference.”

Assad, in his interview with Russia Today, on Nov. 11, 2020, confirmed that the 2021 elections will be held as scheduled.

He said, “Certainly, general elections will be held in 2021 in Syria, and there will be a large number of candidates.”

Assad refused to have the United Nations supervise the elections, stressing that “[the elections] will be completely, from A to Z, under the supervision of the Syrian state.”

Mikdad considered that, “the most important factor that guarantees the success of the workings of the Constitutional Committee is that it be led by the Syrian state.”

Mikdad confirmed that the presidential elections in Syria will take place on the basis of the current constitution, the 2012 Constitution.

The Assad regime’s delegation tried to gain time, raising several issues that serve the narrative it is fixated upon, which is related to so-called “national constants”, a term that was also brought up in the discussions of the last four rounds, where the parties failed to agree on the agenda of each of the rounds.