Russia gives aid to needy families in Damascus, militant headquarters explode in Aleppo, and Austrian delegation meets with Autonomous Administration. Catch up on everything that happened over the weekend. 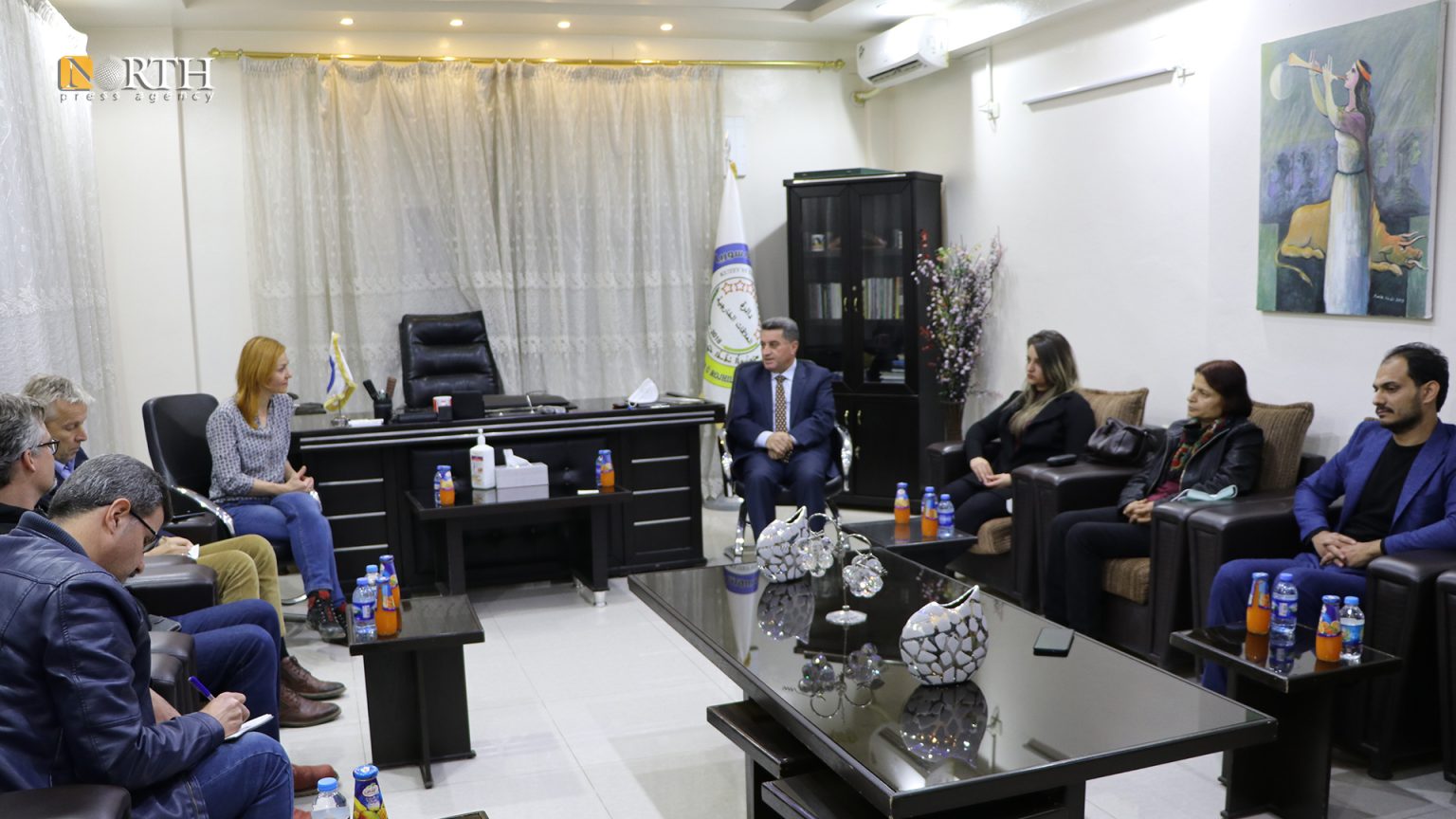 1. On Sunday, under the title “From Russia with Love” the Russian-Syrian Business Council, in cooperation with Russian Federation Chamber of Commerce and Industry, distributed food baskets to about 1,000 needy families in the Damascus countryside. SANA reported that a number of citizens who received the aid affirmed the importance of charitable events organized by Russian-Syrian Business Council to support needy people and stand by them, particularly in the light of unjust siege imposed on Syria.

2. The headquarters of a Turkish-backed militant group exploded on Friday, when a fire broke out at one of the arms warehouses. According to Al-Masdar, a fire broke out inside a weapons and ammunition storage facility in the village of Jalqan, which is located in the Jindires District of Aleppo’s Afrin region. The fire reportedly swept through the warehouse, causing a big explosion that resulted in the death of a half dozen fighters from the Turkish-backed group, Harakat Ahrar al-Sham.

3. An Austrian delegation from the government coalition of the National Council sat with officials from the Autonomous Administration of North and East Syria on Saturday, and discussed the Turkish attacks in the region and the establishment of an international tribunal for Islamic State (ISIS) fighters. The visiting delegation consisted of Green Party MP Ewa Dziedzic, People’s Party MP Reinhold Lopatka, and Thomas Schmidinger, a professor of political science at the University of Vienna. A source from the Autonomous Administration’s Foreign Relations Department told North Press that the two sides discussed, “the risk of attacks that could destabilize the region and cause waves of displacement,” and the possibility that such attacks may encourage the return of ISIS. The Austrian delegation expressed its support for the proposal to establish an international tribunal to try ISIS fighters, as according to Lopatka, the majority of European countries “don’t want to take these foreign terrorist fighters back.”

4. Foreign Minister Faisal Mikdad said on Saturday that Syrian-Russian relations are strategic and historical and will be further enhanced in the future. Mikdad stressed, in an interview with SANA in Moscow at the end of his official visit to Russia, that the countries that supported terrorism and the crimes committed in Syria must pay the price and the West should correct its deadly approach in the world. “The important thing for Syria and Russia is to boost their relations, and there is a desire for this as expressed by Bashar al-Assad and Vladimir Putin,” he said. “We reviewed the areas of economic, cultural and scientific cooperation between the two countries, and this will be consolidated in the future.” As for the reconstruction process in Syria, Mikdad affirmed that Syria has witnessed devastation at the hands of terrorist groups and on the instructions of their operators in Western countries, whether in the US or in Europe and some countries in the region, and this devastation is very significant and therefore these sides have to pay the price of these crimes.