The Parliament wants to ensure that the funds allocated for investment will be spent, contrary to previous years, Baladi News reports 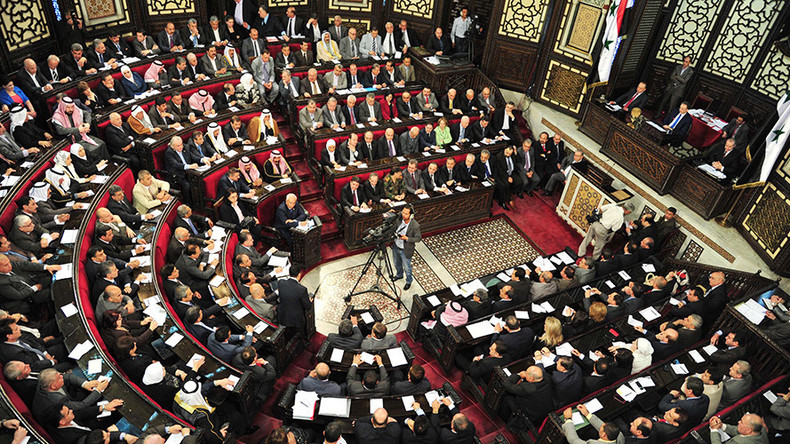 The regime’s People’s Assembly approved its budget for the year 2021, estimated at 8,500 billion Syrian Pounds.

The head of the Budget and Accounts Committee, Mohammad Rabie Qalaaji, affirmed that all ministries will be monitored to make sure what was stated in the budget is being implemented and said that the ministry that does not implement its plans and disburses its appropriations will have its budget reduced and rerouted to other ministries that abide by the recommendations of the committee’s report.

In turn, the regime’s Finance Minister, Kinan Yaghi, underscored the importance of the recommendations in the report, expressing his hope that what was stated in the document would be better implemented this time around compared to previous years. Yaghi echoed what the committee’s president said, namely that there will be periodic follow-up affecting the ministries every three months, especially with regards to investment appropriations.

The budget included the regime’s contribution towards social support and price stabilization, support for the agricultural production fund and the for the national social aid, support for flour, yeast and oil derivatives, as well as appropriations for investment projects for the year 2021 to repay the advances granted from treasury funds.

A study published by the Atlantic Council showed the gravity of the problems in the regime’s government budget for 2021, in light of the debts the government owes, the high inflation rates, the depreciation of the Syrian Pound against other currencies, and the U.S. and European sanctions.

The study, which was published in early December, was prepared Dr. Karam El-Shaar, an economist, and a researcher by the name of Will Cristou.

The 2021 budget recorded a decrease of 27% compared to 2020 (editor’s note: this is measured in real terms, not taking into account inflation). The 2021 budget is the smallest since 2011, considering the inflation in U.S. dollars, while per capita budget spending decreased by 70%.

More than 80% of the Syrian population lived below the poverty line in 2019, according to the United Nations. That was before the implementation of the U.S.’s Caesar Act last June, which drove the percentage up to 83%.