An Assad regime-allied militia has bombed a regime headquarters in Daraa in revenge for the arrest of three militiamen, while two regime soldiers were killed in separate incidents reports Al-Araby Al-Jadeed. 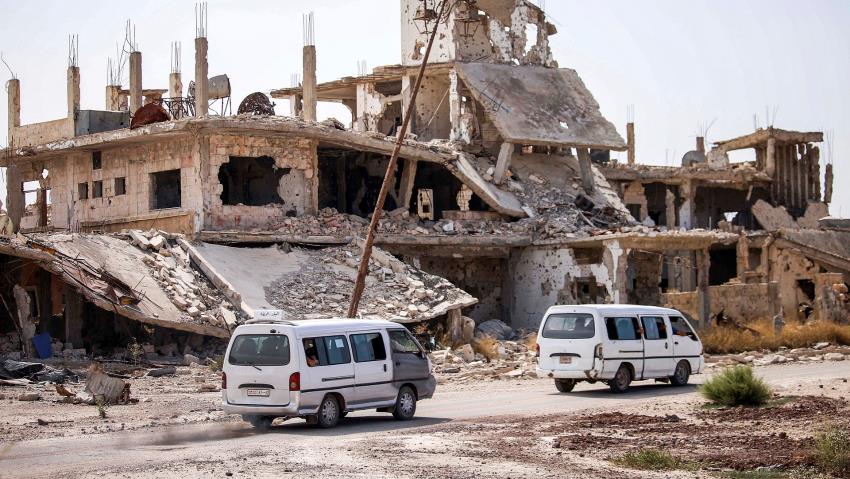 Members of a local militia attacked a regime security headquarters in the restive southern Syrian province of Daraa on Saturday night, while two soldiers from the regime army’s elite Fourth Division were killed in separate incidents.

Media activist Mohammed Hourani told The New Arab’s Arabic-language service that militiamen from the “Popular Committees”, an armed group which supports the Assad regime, bombed the Criminal Police Headquarters in the town of Sanamein with armor-piercing shells.

The attack was carried out in revenge for the regime arresting three members of the Popular Committees militias, he said, adding that “widespread damage” had been caused to the headquarters as a result.

The perpetrators escaped and regime forces surrounded the building.

In two other incidents, one member of the Fourth Division brigade was shot dead by unknown assailants in the town of Ghariya al-Sharqiya in Daraa province, while a youth who was with him was critically injured.

Another member of the Fourth Division was killed in the town of Jasem in western Daraa province.

The Fourth Division is a notorious elite division of the regime’s army, led by President Bashar Al-Assad’s brother, Maher Al-Assad. It has been accused of committing war crimes including participating in massacres and the shooting of unarmed protesters during the early days of the Syrian uprising.

Daraa was one of the first areas of Syria to rise up against the Assad regime in 2011.

It reverted to regime control in July 2018 as part of a reconciliation agreement between rebels on the one hand and regime and Russian forces on the other, after a punishing offensive by the latter.

Since then the region has been restive, with anti-regime demonstrations, frequent killing of ex-rebels and regime soldiers, and arrests of former activists by the regime – in violation of the reconciliation agreement.