The UNHCR have announced that financial and food aid for refugees in Lebanon will end, leaving many wondering how they will survive reports Zaman Al-Wasl. 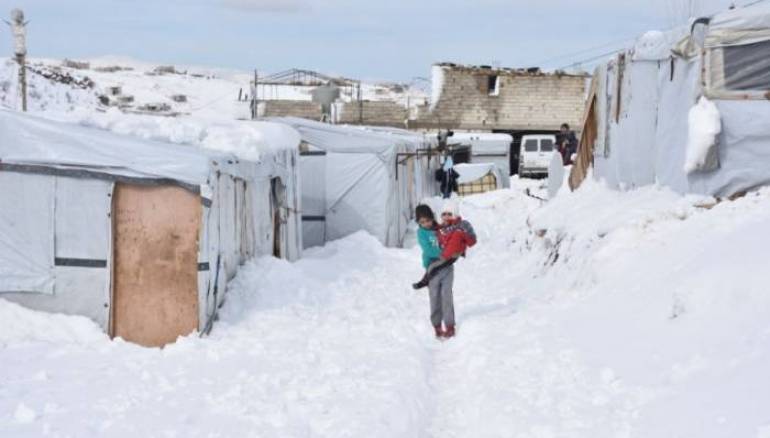 Syrian refugees in Lebanon have received two text messages announcing the discontinuation of the financial and World Food Program aid provided to these families by the UN Refugee Agency.

The first text sent by the UNHCR to the families, alerted them that, “Due to limited financial resources, priority will be given to families in greatest need. We regret to inform you that you will no longer receive the 400,000 Lebanese lira in aid from the UNHCR.” The Commission notified them that they “will receive the final amount in January 2021.”

The financial aid cut will affect 90 percent of the Syrian families inside the Arsal camps, without any clear criteria or conditions used to identify the families that will stop receiving it.

According to our correspondent, and based on the results of his interviews with a random sample of refugees inside the camps, the termination of aid to thousands of Syrian families in Lebanon has ended any hope for those families with mostly children and elderly and who rely on the financial support.

The town of Arsal holds more than 60,000 refugees, some of who believe this “unfair” measure that the UNHCR took against them is one of the “implicit” forms of pressure to force them to return to Syria. Others saw this as a strategy to put pressure on the supporting countries to provide more funding to the UNHCR, which, in the text messages, refers to the scarcity and limitations of financial resources.

Zaman Al-Wasl obtained a list of names of the people who returned to Syria and still received all forms of aid from the Commission. The refugees affected by the decision feared an unknown fate awaiting them with the onset of winter, and were surprised by the “enthusiasm” shown by UNHCR staff who sent the messages in the early morning hours of Friday, while they failed to provide them with heaters for the winter

The government estimates there are around 1.5 million Syrian refugees in Lebanon, with 965,000 registered with the UNHCR. The majority of these refugees live in poor economic, health, and social conditions, especially with the collapse of the Lebanese lira and the unprecedented inflation and rising costs of food, gas, and medicine.