Syrian truck that are trying to get to the Gulf have been stopped at the Jordanian border and denied entry into the country, with no justification given reports Enab Baladi. 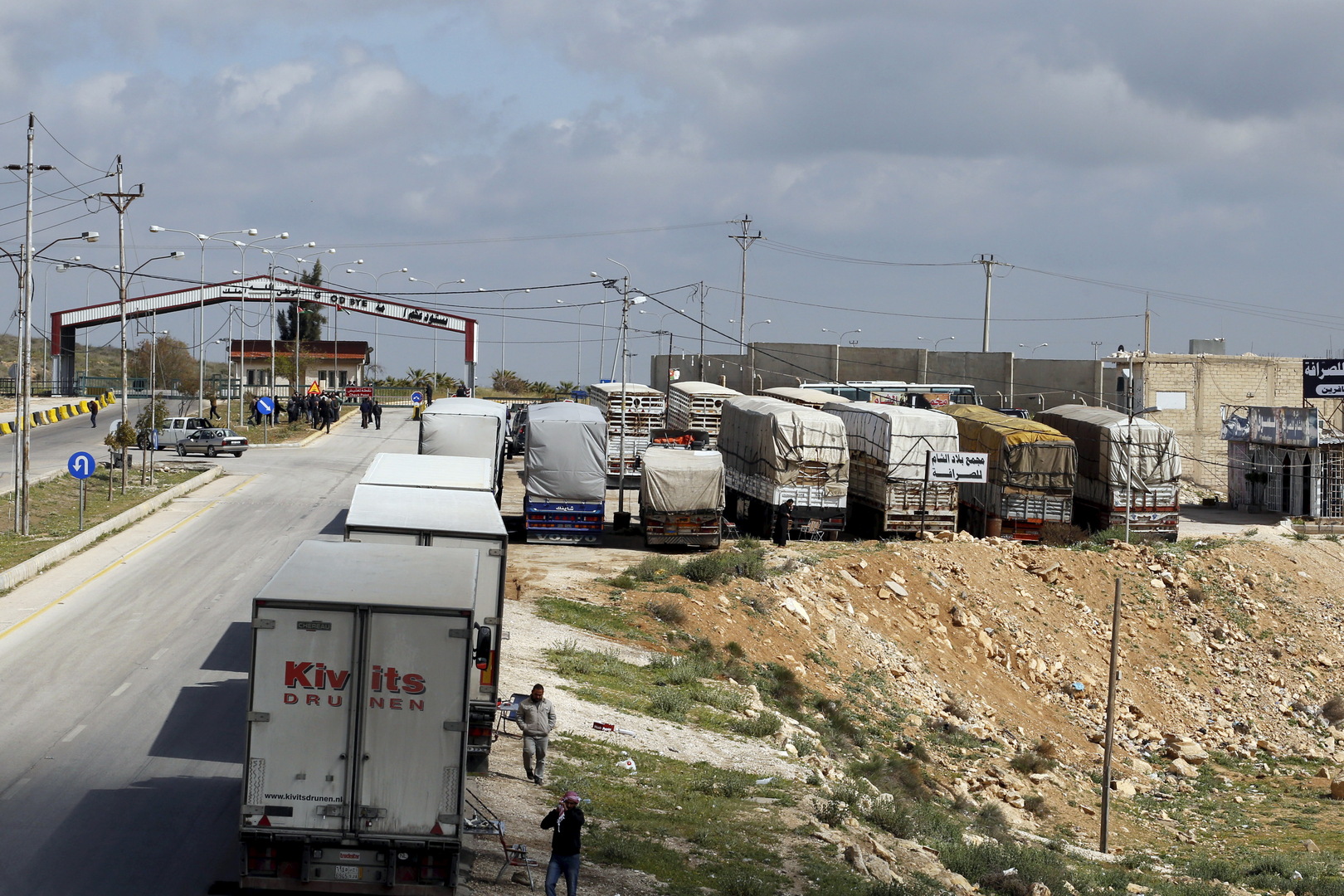 The Syrian International Freight Forwarding Association (SIFFA) said that the Hashemite Kingdom of Jordan has not given clear justifications for obstructing the movement of Syrian trucks.

Head of SIFFA, Muhammad Kishor, said on Wednesday that the Jordanian authorities did not give a justification or reason for preventing a number of Syrian truck from entering for a period of 10 or 15 days, indicating that Jordan is managing the entry of Syrian goods poorly.

The last meeting between the Jordanian and Syrian authorities to discuss a decision to facilitate the transit of trucks was three months ago, despite the Syrian authorities’ recent request for a meeting to figure out a way to secure the entry of trucks, according to Kishor.

Kishor spoke about the whim of the Jordanian authorities regarding the crossing of Syrian trucks, indicating that Jordan allows one truck driver in for every ten it prevents from crossing.

Syrian trucks crossing to the Gulf via Iraq

The route to the Gulf from Syria via Iraq is longer than crossing through Jordan, Kishor said.

He added that the transit fees through Iraq’s Arar border crossing is cheaper than crossing the Jordanian territories, indicating that the Jordanian authorities charge a fee of 2,300 dollars for every truck that crosses its lands towards Gulf countries.