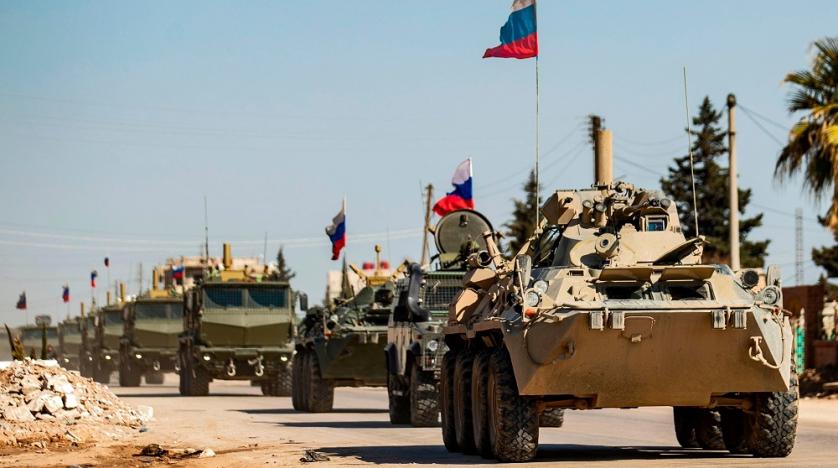 The powers concerned with the developments in Syria are not biding their time until Joe Biden’s team assumes the American administration in January. Rather, each side is attempting to create new unprovocative facts in the ground that the new administration will have to contend with.

Among these moves, was the announcement by Cairo and Amman of a meeting that included Saudi Arabia, Egypt, Jordan and the United Arab Emirates aimed at coordinating the “Arab role” in the solution to the Syrian crisis. The disclosed and undisclosed consultations are aimed at drafting an “Arab strategy” that includes main elements, such as pushing forward the political solution according to United Nations Security Council resolution 2254, preserving Syria’s security and territorial integrity, and demanding the withdrawal of all foreign forces and militias, revealed Jordanian Foreign Minister Ayman al-Safadi.

Arab concern over Syria has mounted with Turkey and Iran becoming more entrenched in the war-ravaged country. Ankara controls allied factions that in turn directly hold over 10 percent of Syria’s territories and it is trying to expand its influence in the North. Tehran, meanwhile, is becoming more entrenched in southern and eastern Syria under cover from Moscow or its alliance with Damascus.

Russia was officially informed from the Arab parties that it was “facilitating” the presence of Turkey and Iran in Syria. Indeed, Russian envoy Alexander Lavrentiev received remarks in Amman that his country has not respected the 2018 agreement to keep Iranian factions out of southern Syria in exchange for the redeployment of government forces.

Many “Arab ideas” on Syria have been proposed, including supporting a new Syrian opposition bloc instead of the High Negotiations Committee and Syrian National Coalition, which some Arabs view as being influenced by Turkey.

Arab powers are seeking the formation of an “Arab bloc”, especially amid the presence of two groups on Syria. They are the “small group” that includes the US, Britain, France, Germany, Saudi Arabia, Egypt and Jordan, and the Astana group that includes Russia, Iran and Turkey.

The small group had held a ministerial meeting weeks ago aimed at coordinating positions between western and Arab countries on a political solution, the Constitutional Committee and the boycott of a refugee conference that was hosted by Damascus and sponsored by Moscow in November. Washington is pushing for Damascus to remain isolated on the international scene by discouraging Arabs from restoring relations with it and by imposing American and European sanctions on it. It is also stressing that any reconstruction hinge on progress in the political process, while also backing Israeli strikes aimed at countering Iranian entrenchment.

Amid these factors, new US envoy to Syria, Joel Rayburn, paid a visit to Ankara and Cairo to preserve the current frontlines in Syria and prevent Turkey from carrying out an operation east of the Euphrates River. Rayburn also sought during his talks to urge Arab countries against normalizing relations with Damascus and ending its international and regional isolation. Officials in the outgoing Trump administration are “advising” the upcoming Biden team to keep the current stalemate and frontlines in the three “regions of influence” in order to deprive Moscow, Tehran and Damascus from a “political victory” and keep it mired in the “swamp” should it fail in making geopolitical and internal concessions.

Meanwhile, the Astana group has continued coordination among its members. Moscow and Tehran are trying to persuade Damascus that the Astana path is the right one for it. This position was stressed to Syria’s new Foreign Minister Faisal al-Meqdad during his trip to Tehran where he met his counterpart Mohammad Javad Zarif. The new minister was noticeably warmly received in Iran after receiving word from Russia’s Foreign Minister Sergei Lavrov that the Astana path had achieved gains fom Damascus and expanded its influence in regions under its control.

Damascus, however, shares a different view. It wants to recapture Idlib and Qamishli, a move that is being barred by Moscow and Washington. Moreover, Iran failed to declare that it is linking the Syrian file with the possibility of holding negotiations with Washington.

Amid these developments, UN envoy to Syria Geir Pedersen revived his old proposal to form a new contact or coordination group that can move between various concerned parties. Washington’s previous refusal to sit at the same negotiations table with Iran was one of the main reasons that led to the failure to merge the Astana “guarantors” with the small group. Pedersen is hoping that this position will change with the Biden administration. What is clear, however, is that the Syrian file is now being linked to international and regional affairs and is no longer an issue that can be discussed separately from them.