Russia is preventing civilians from returning to the orchards of Harasta, with it expected that the land will be given to them for a military base writes Zaman Al-Wasl. 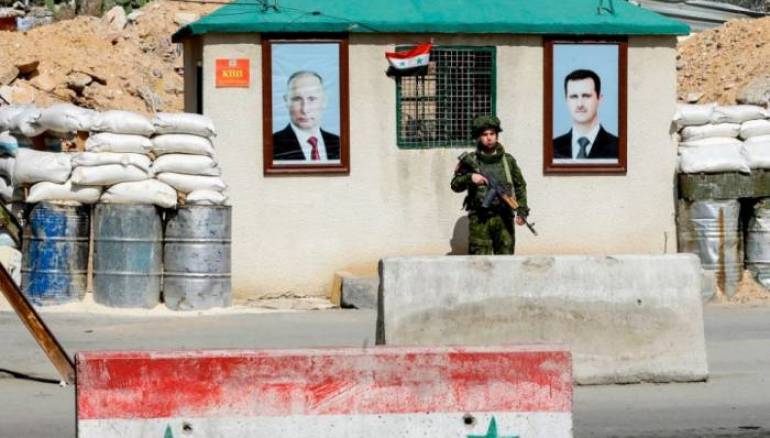 After taking control of the 41st Regiment, Russia continues to prevent civilians from returning to their homes in Western Harasta, the key suburb in the Eastern Ghouta enclave near the capital, local media network reported.

The security committees in Dahiyat al-Assad informed the Harasta city council that the decision recently issued regarding the return of displaced people will not be carried out upon Russian requests.

An informed source from the city council said that, “The Russians have recently stationed themselves inside the 41st Regiment of the Special Units of the regime’s army, located between the western orchards of Harasta and Dahiyat al-Assad.

“They denied the return of the people to the orchards of Harasta because they do not want a permanent civilian presence in the region, despite the residential area being far from the military base of the regiment.”

A real estate agent in Harasta told the network that, “There is a great fear of the expropriation of the lands surrounding the regiment by the Russians, or by the regime, which will lease it to the Russians to expand their military bases in northern Damascus.”

The decision previously issued by the governorate in November stipulated that the residents, “provide official documents as proof of real estate ownership, and that damaged homes should be partially reinhabited. The owners of completely destroyed homes or those requiring reconstruction were prevented from returning.”

According to the network’s sources, the governorate council stipulated written undertakings from real estate owners to voluntarily evacuate housing and agricultural lands in the event an organizational plan is later issued.

According to the conditions provided, no more than 40 houses are eligible for living, with the return of the people of Harasta to the area becoming almost impossible.