Russia officials have told SDF leadership that the threat of a Turkish invasion of Ayn Issa is real and they should withdraw from the area reports Asharq Al-Awsat. 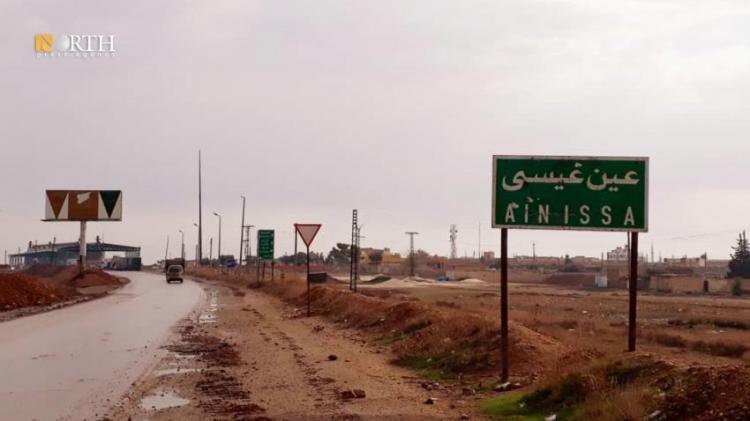 A military source from the Ayn Issa Military Council, affiliated with the Syrian Democratic Forces (SDF), said that the Russian forces officially requested that the SDF hand over the town of Ayn Issa in the northern countryside of Raqqa to the regime forces.

An SDF leader, who spoke on condition of anonymity, said that a meeting was held two days ago at the Russian base in Ayn Issa that included Kurdish leaders, officers from the SDF, and officials from the Russian army, in which the Russian officers informed the SDF leadership that the Turkish threats of invading the town are serious, and Turkey requested handing it over to the regime, both administratively and militarily, in order to annihilate that threat.

The Russian side suggested to the leadership of SDF that they establish a security stronghold in the center of the town, including the administration’s institutions and offices, similar to the regime’s security bases in the cities of Qamishli and Hassakeh, on the condition that the flag of the Syrian regime is raised and state institutions are opened, with the aim of blocking any impending Turkish attacks and preventing the implementation of any large-scale attack, according to the source.

The source added that the SDF leadership asked for some time to consider the Russian offer, and that it will likely reject it because Turkey and its factions asked Russia to withdraw SDF fighters to a distance of 32 kilometers from the border, while Ayn Issa is about 37 kilometers from the Turkish border, which makes Turkey the attacker who has crossed boundaries.