A new report by the Syrian Network for Human Rights has documented the killing of civilians during November and the parties responsible for these crimes writes Sowt Al-Asima. 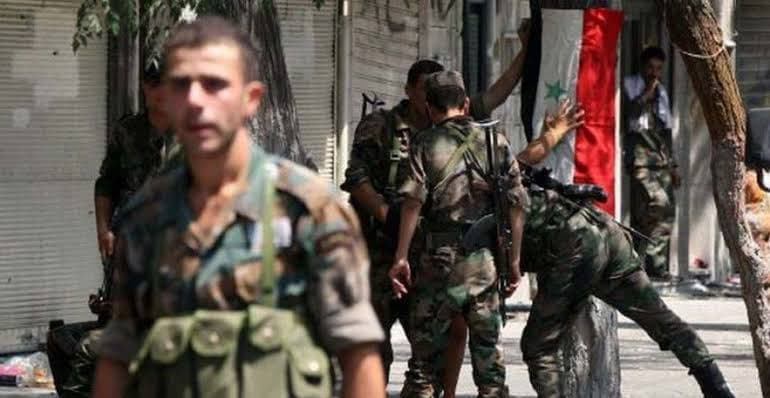 On Tuesday, the Syrian Network for Human Rights (SNHR) issued a human rights report that documented extrajudicial killings during the month of November.

In its report, the SNHR documented the killing of at least 172 civilians, including 16 children and 11 women, by the parties to the conflict and the controlling forces in Syria, noting that the civilian casualties, “continue in parallel with the meetings of the Constitutional Committee, and the political transition must be accelerated.”

According to the report, the statistics include extrajudicial killings by the controlling powers, which are a violation of both international human rights law and international humanitarian law and do not include cases of natural deaths or disputes between members of society.

According to the report, 172 civilians were killed, including 16 children and 11 women. The Syrian regime was responsible for the killing of 39 civilians, including five children, one was killed by Russian forces, and 11 at the hands of the Islamic State, while Hay’at Tahrir al-Sham killed four civilians.

As per the report, in November, mines killed 12 victims, including three children, bringing the total number of mine victims since the beginning of the year to 98 civilians, including 18 children, which is considered one of the highest in the world.

The report considered the Syrian regime to be primarily responsible for the deaths of Syrian citizens due to the coronavirus pandemic, indicating that it and its Russian ally are accused of bombing and destroying most medical facilities in Syria, killing hundreds of medical personnel, and forcibly disappearing dozens of them, indicating that approximately 3,327 medical personnel are still under arrest or enforced disappearance by the Syrian regime.

The report pointed out that it does not take into account all deaths, including those caused by the coronavirus. It mainly documents extrajudicial killings. The report noted that the Ministry of Health in the Syrian regime announced the death of 409 people in Syria due to the coronavirus, which is an inaccurate number due to the lack of any transparency in the various government ministries, and due to the fact that the security services have oversight of what is issued by these ministries, and this is what totalitarian regimes do.

The SNHR also documented no less than 167 cases of arbitrary arrests last November, about half of them were at the hands of the Syrian regime forces.

The SNHR stated in its report that among the detainees were two children and three women, in addition to former detainees who have been released.

Of the total cases, 18 arrests were in Damascus and 16 in its countryside, according to a map published on the SNHR website.

The report records the arrest of 32 people, including one woman, by the armed opposition, while Hay’at Tahrir al-Sham arrested 22 people.

The SNHR confirmed that the prosecutions and arbitrary arrests affected a number of detainees who months previously had been released. Some of the detainees’ personal documents were destroyed, while others were arrested in order to drive them to military service.

Regime security forces also launched arrests and prosecutions of citizens, whose ages ranged between 30 and 36 years, for military recruitment.

According to the report, the regime forces have not stopped pursuing and arresting people who have conducted a security settlement with the regime, especially in the governorates of Damascus and Daraa.

The arrests in regime-held areas targeted pro-regime media professionals for filming reports criticizing the practices of employees while working in service institutions. Citizens were also targeted for their criticism of the difficult living conditions.