Coronavirus cases in Damascus continue to rise, as one medical professional says that the number of cases reported by the government is just a fraction of the real number reports The Levant News. 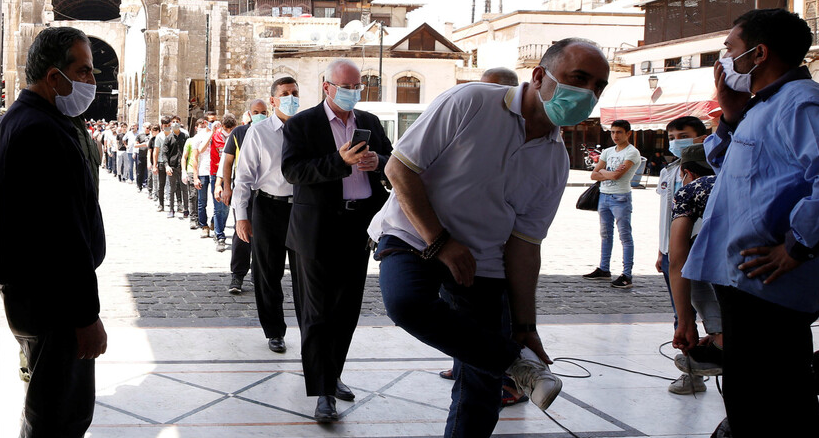 Russia Today quoted the General Director of Mouwasat University Hospital in Damascus, Issam al-Amin, as saying that the number of cases who tested positive for the coronavirus in the hospital increased threefold this month, confirming that the cases that are being admitted are of the severe and critical type.

Amin indicated that since the beginning of the month, from 170 suspected cases, more than 50 cases of coronavirus have been recorded, compared to only 15 cases last month, adding that a number of patients have been discharged after recovering. Those who are still in the hospital are high-risk cases, old people with pre-existing conditions.

It is worth noting that the Syrian Observatory for Human Rights had previously spoken of reports obtained from “reliable medical sources in the regime-controlled areas” showing that the total number of positive coronavirus cases reached about 60,100, nearly ten times the number published by the Syrian regime.

The information indicated that 17,250 people have recovered while the number of deaths reached 3,220. Cases were distributed among all Syrian governorates, but the most affected areas are Aleppo, Damascus, and rural Damascus.

According to the World Health Organization, only about half of hospitals in Syria are operating at full capacity, and a quarter of them suffer from a shortage of medical staff or medicine.