Following a report in a German newspaper, Mohammed Hamsho has been removed from the German-Arab Chamber of Industry and Commerce reports Enab Baladi. 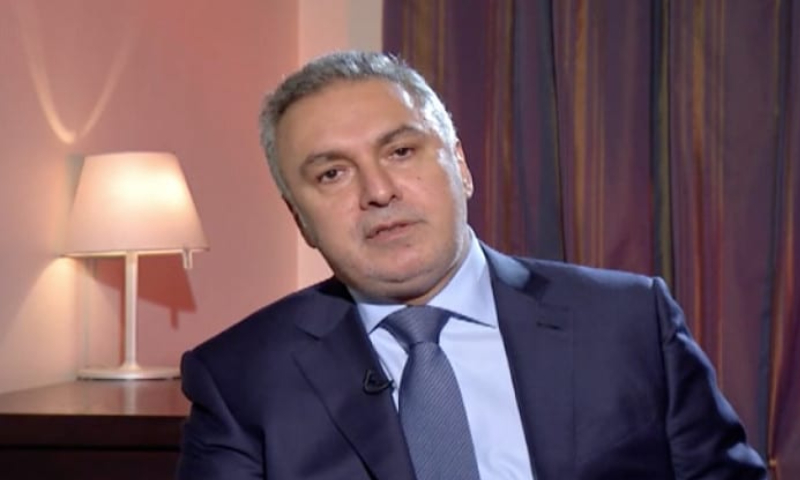 The German-Arab Chamber of Industry and Commerce (GACIC) excluded Syrian businessperson Mohammad Hamsho from its board of directors in light of a German press report published last September.

On Sunday, German newspaper Welt reported that GACIC excluded Hamsho from the chairmanship of its board of directors, noting that he has relations with the Syrian regime, which caused the displacement of hundreds of thousands of Syrians.

The newspaper added that Hamsho is a main supporter of the Syrian regime and is on the European Union and US sanctions list, which means that he is prohibited from entering Germany.

Former German Minister of Transport, Peter Ramsauer, who is head of GACIC, did not comment on the newspaper’s request for information on Hamsho’s exclusion.

GACIC Secretary General, Abdulaziz Othman al-Mikhlafi, was satisfied that the chamber’s board of directors terminated Hamsho’s membership, in coordination with the General Union of Arab Chambers of Commerce. No other person was named to replace him.

Welt, in a report published on Sept. 13, 2020, shed light on the details around Hamsho’s membership in the Board of Directors. The newspaper asked, “How can a businessperson who is not allowed to enter Germany because of sanctions be at the helm of a business association based in Berlin?”

Mohammad Hamsho, born in Damascus in 1966, studied electrical engineering at Damascus University and obtained an MBA in 2005 from the Higher Institute of Business Administration.

Hamsho was also a member of the People’s Council, representing Damascus (2016-2020) and chairperson of the board of directors of the Hamsho International Group, with which about 20 subsidiary companies are affiliated, including the Syrian-Chinese Business Council, and dozens of other companies.

He was a member of the board of directors of the Sham Printing Press, then its director in August 2018, in addition to his ownership of Syrian Art Production International. He also participated in managing multiple sports activities.

The US Department of the Treasury said that Hamsho has interests in nearly every sector of the Syrian economy. He worked as a close partner with and a front for Maher al-Assad.