Russia's Foreign Minister has lambasted countries that did not attend the recent refugee conference in Damascus, or pressured other countries not to attend writes SANA. 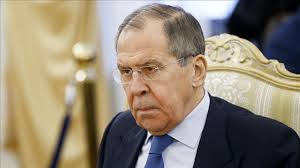 Russian Foreign Minister Sergey Lavrov said on Tuesday that the countries that deliberately boycotted the International Conference on the Return of Syrian Refugees, which was held in Damascus last week, committed a serious mistake.

The countries that sent their delegations to attend the conference, “confirmed their interest in resolving the crisis in Syria without any attempt to cause geopolitical tricks,” Lavrov was quoted as saying by the Sputnik agency.

He added that the countries that ignored that conference, and did everything possible to force their allies not to send delegations to it, made a very serious mistake.

The closing declaration of the International Conference on the Return of Syrian Refugees, which was held in Damascus on Nov.11-12, 2020, affirmed the adherence to the sovereignty, independence, unity and territorial integrity of Syria and rejected all attempts to undermine its sovereignty.

It stressed Syria’s readiness not only to return its citizens, but also to do its best to provide them with decent living conditions.