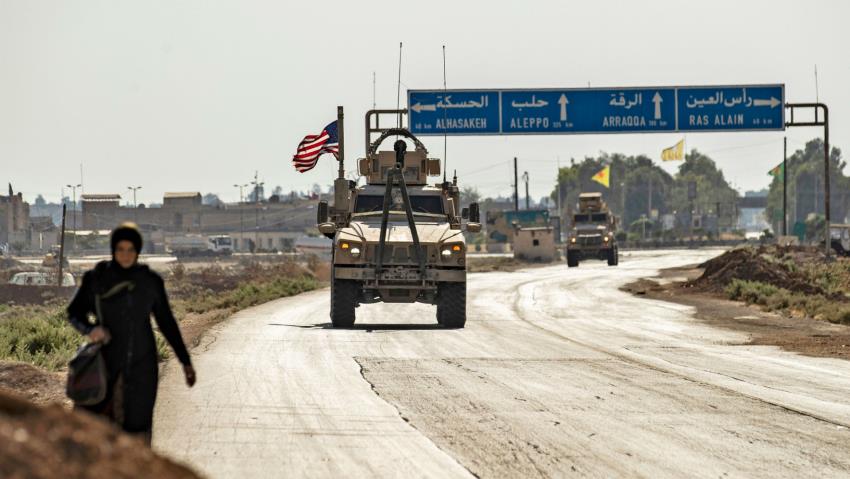 The US-led international coalition against the Islamic State group on Tuesday denied reports of a major American troop withdrawal from northeast Syria.

Syrian and Russian government media had reported over the weekend that around American troops in armored personnel carriers left a base in Deir az-Zour, northeastern Syria, for the Al-Walid border crossing with Iraq.

These troops then headed for Kurdish-controlled areas of northern Syria with pro-regime media suggesting it was part of a full-scale withdrawal of US troops from Syria.

The US-led coalition were quick to deny the claims, saying the troop movements were standard military practice and do not indicate a major withdrawal from Syria.

“[The coalition] continues its mission, in conjunction with partner forces, to defeat Daesh [IS] in designated areas of Iraq and Syria and set conditions for follow-on operations to increase regional stability,” Colonel Wayne Morotto, spokesperson for the US-led coalition, told Rudaw English.

The movement of troops come amid increased fears that US President Donald Trump might order a full-withdrawal of American troops from Syria during his final weeks in office.

Trump has repeatedly demanded the withdrawal of the some 600 troops in northeast Syria, although military experts advised against such a move.

Outgoing US special representative in Syria, James Jeffrey, said this weekend he was ambigious when giving the true figures of American troops in the area to Trump.

“We were always playing shell games to not make clear to our leadership how many troops we had there,” Jeffrey told Defence One, saying the true number of US troops in Syria was “much higher” than the figure Trump wanted to remain in the country.

However, Acting Pentagon chief Christopher Miller said in a memo on Saturday that US troops should now “come home”.

“We are not a people of perpetual war – it is the antithesis of everything for which we stand for which our ancestors fought. All wars must end,” he wrote in a memo to agency staff.

“We met the challenge; we gave it our all. Now, it’s time to come home.”

Trump is also expected to order the withdrawal of all US troops from Iraq, Afghanistan and Somalia.

The Syrian regime has also reportedly demanded the withdrawal of US troops from Syria in exchange for American captive Austin Tice.