The appointment of Luna al-Shibl has caused a stir, with some expecting a struggle between her and Bouthania Shaaban and Asma al-Assad. 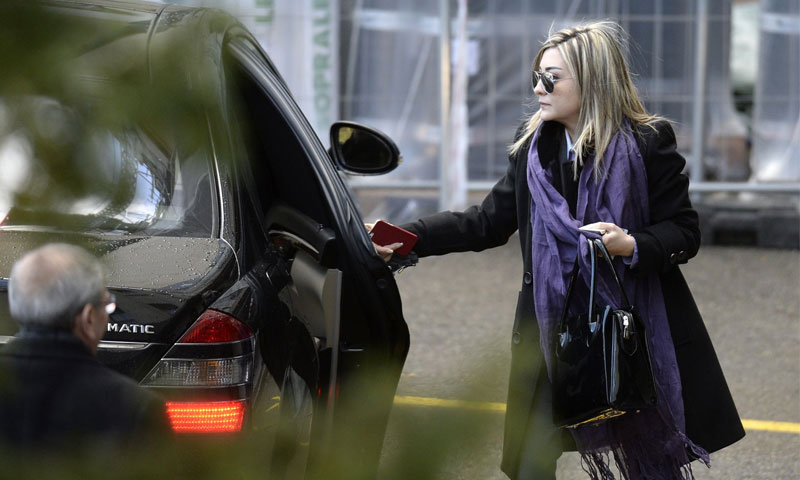 Pro-regime sources confirmed that the head of the Syrian regime, Bashar al-Assad, issued a decision to appoint Luna al-Shibl as Special Advisor to the Office of the President, in addition to the tasks she already manages as head of the Media and Political Office.

The decision provoked mixed reactions among loyalists and opponents of the regime, especially since Bouthaina Shaaban occupies a similar position in the presidential palace and is considered one of the old hawks in the regime’s government, since the days of the head of the previous regime, Hafez al-Assad. There are indications of a “snake fight” in the upcoming phase; a fight between Shibl and Shaaban, and also between Shibl and the wife of the regime’s head, Asma al-Assad.

Others, however, underestimated the importance of any upcoming conflict due to the decision.

Human rights activist, Abdel Nasser Hoshan, said, “there will be no conflict, but rather close cooperation because the appointment has a sectarian connotation that dovetails with the regime’s promotional efforts that it is a regime that protects minorities, especially since Shibl belongs to the “marginalized” Druze sect, in the eyes of her people, and this appointment pleases the Druze and is a message to the world that [the Syrian regime] is a secular regime that respects and takes care of minorities.”

Regarding Shibl’s relationship with Asma al-Assad and the latter’s opinion of the new appointment, Hoshan said that, “Asma has enough strength to support her husband, and the decision will only contribute to that. At one point, Asma took the reins of the economy and finance, which fell under her purview. She also got rid of many of those who had power and influence, and now the international sanctions are here [to help her] eliminate the rest. Asma has neither obstacles nor concerns.”

Last August, the US Department of State and the US Department of the Treasury imposed a new package of sanctions on the Syrian regime. The sanctions affect several figures who support the regime in its war against the Syrians, including Luna al-Shibl and her husband, Muhammad Ammar al-Saati, a senior official of the regime’s Baath Party, who led an organization that facilitated the entry of university students into militias backed by Assad.